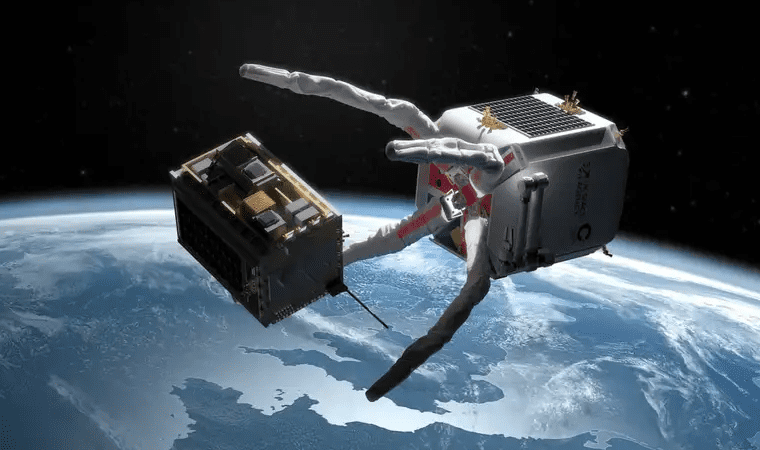 The UK plans to send a mission to Earth orbit in 2026 to try to capture the two retired national satellites and burn them in the atmosphere of our planet. Its purpose is to prove that a single spacecraft is capable of removing more than one space junk.

Three companies are competing for a total contribution of £5 million sterling (something closer to R$32 million) to develop the proposals: Clearspace, Astroscale and Surrey Satellite Technology (SSTL); Only two of them will be selected to share the development fund, and only one will carry out the mission, worth up to £60 million.

Each company proposes a different way to carry out the mission: Astroscale, for example, wants to use a robotic arm to grab each satellite, while Clearspace uses four of them to “hug” objects. and have planned to bring them into the atmosphere. SSTL is investigating the possibility of using a larger net to capture one satellite and pull the other with a robotic arm.

For now, there are more than 12 possible satellites to “rescue”, and which pair will be the mission’s target has yet to be defined. There are no major legal hurdles for countries planning their own satellites, but in the case of the UK, there are some issues that need to be resolved with the bloc’s civil aviation authority before the mission can go ahead.

The project has the largest funding ever dedicated to a single space mission, and more such initiatives are expected in the future. “We are trying to accelerate the development of these technologies,” said Jacob Geer of the UK Space Agency. “We are going to send a satellite to remove two objects; This is an important step for everyone, not just the UK.”