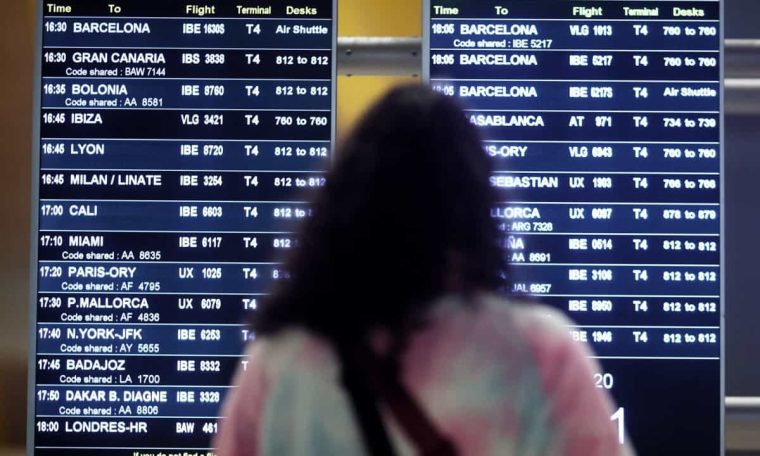 It is one that is enshrined in a general provision of the Ministry of the Interior that changes the criteria for the application of a temporary ban on non-essential travel from third countries to the European Union and Schengen countries due to public order and public health. for the health crisis published today in the Official State Bulletin (BOE).

The resolution removes Namibia from the list of third countries, special administrative regions and other regional entities and authorities whose residents are exempted from these restrictions “given the fact that it is among the countries to which Member States take precautions.” deems fit to increase.”.

The list of countries not affected by these sanctions are Argentina, Australia, Bahrain, Canada, Chile, Colombia, Indonesia, Jordan, Kuwait, New Zealand, Peru, Qatar, Rwanda, Saudi Arabia, South Korea, the United Arab Emirates, Uruguay and China. Are included. as well as in the Hong Kong and Macao and Taiwan regions.

“The presence of new forms of the causative agent of the disease makes it necessary at this time to increase travel restrictions”, argues the department led by Fernando Grande-Marlasca, adding that it cannot treat negative diagnostic tests or recovery tests as valid documents. presses as. For access to Spain for people from the United Kingdom and Northern Ireland.

As such, Spain can deny entry to travelers from these countries who “do not have a vaccination certificate that the Ministry of Health has recognized for this purpose, after verification by health authorities, as well as minors whose Ministry for enhancing health effects”.

The general provision of the Ministry of the Interior Order, which has been amended several times since its entry into force in July last year, will remain “effective” until 24:00 hrs on December 31, 2021, with the exception of the exclusion of Namibia. List of third countries, which is in force till date.