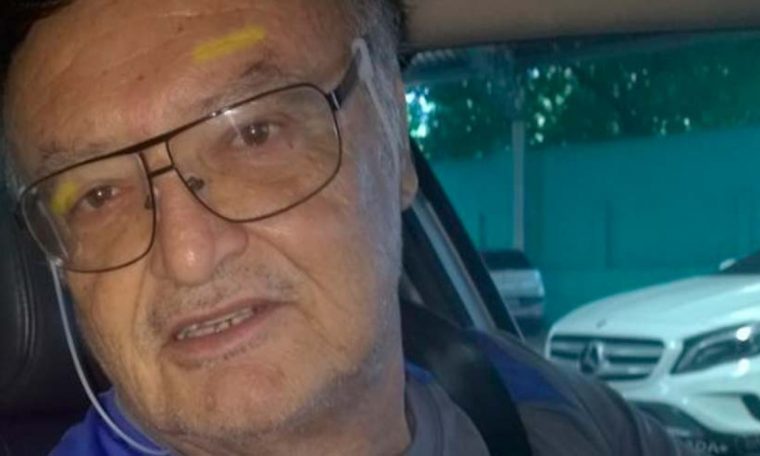 One of the greatest athletics coaches in Brazil and the world, Luiz Alberto de Oliveira, died on Wednesday in Doha, Qatar, where he was working.

He had one kidney removed last November and was on hemodialysis awaiting a possible transplant. Trainor suffered a stroke while in Brazil and recently had to have six stents. There has also been damage to the lungs, heart and liver.

(See photos of former coach in gallery below)

With a strong temperament and unparalleled ability, Luiz Alberto was responsible for Olympic champion Joaquim Cruz’s entire career, from persuading him to give up basketball in Brasilia to taking him to the sport’s greatest glory, such as bronze at the World Championship. for. Helsinki-1983, Gold in 1984 Los Angeles Olympics, Silver in 1988 Seoul Olympics and many other achievements.

He did the same with a large army of athletes from Brazil such as Zequinha Barbosa, Egberto Guimaraes, Hudson Santos, Sanderli Parrella, without counting the many competitors from other countries whom he directed in the United States and Qatar. was.

He has also coached super champions such as American Marie Decker and Maria Mutola from Mozambique.

“Luis Alberto was a coach before everyone for 30 years. I followed your every problem. I’m so upset that he didn’t end his life working in Brazil and I can’t define the immense pain I feel. It is very sad”, commented Zequinha Barbosa, who in recent months has been in contact with coaches and other athletes in Brazil and around the world. Zequinha has many achievements, such as silver at the World Championships in Tokyo–1991. medals and bronze medals at the Worlds in Rome-1987, as well as gold at the Indoor Worlds in Indianapolis-1987 and silver in Budapest-1989. Indoor Track.

The President of the Board of Directors of the Confederation of Brazilian Athletics (CBAt), Wlamir Motta Campos, talks about respecting the coach. “Luiz Alberto was one of the legends of world athletics, he admired Brazil all over the world, democratized his knowledge, championed in various fields all over the world and especially in Brazil. He was Joaquim Cruz, Zequinha, Egberto, Hudson Santos, Sanderlei Parrella, was the first and only coach of many others,” commented Vlamir. “Brazil loses a great reference. A light shines out of athletics, a man for whom I had great respect, honor and respect. I have had the privilege and opportunity to talk a lot with him who has supported us on this journey. May the architect of the universe find you in your eternal rest.”