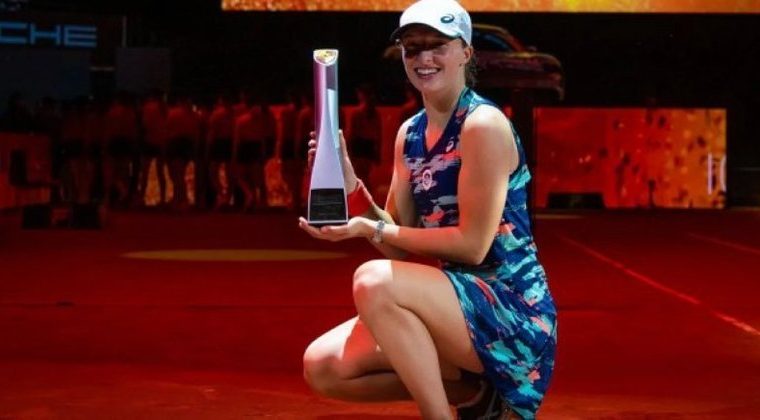 World No. 1 Polish Inga Swietek beat Belarusian Aryna Sabalenka to her 23rd straight win, fourth consecutive title and 5th win of the year in the top 10 at the WTA 500 Grand Finals in Stuttgart, Germany.

Coming from a complicated semi-final against Russian Lyudmila Samsonova, vetek was again very impressive in a match and after 1 hour 24 of the match she closed the score in a double score of 6/2 and made her debut against 62%. 77% of points played with a serve won. Of the use of Sabalenka, who committed six double faults to Swietec’s two.

The match began with Belarusian pressure on the Polish women’s serve, who had already saved a breakpoint in the first game, but managed to react and win a zero break in the second game and to close the partial in a new break. To press Sabalenka.

In the second set, the match was balanced, however, Sweetek did a good job at the baseline, faced the changes proposed by Sabalenka and won the final four games, ending the match with breaks in the 6th and 8th games.

WTA Stuttgart is the fourth consecutive title for Swietec to have won the WTA 1000 in Indian Wells and Miami (United States) and the WTA in Doha.

There are 5 wins over the top 10 tennis players in the year and only one loss to then-number Ashleigh Barty in the WTA Adelaide semi-finals.

See also  'The game was my prince on a white horse'