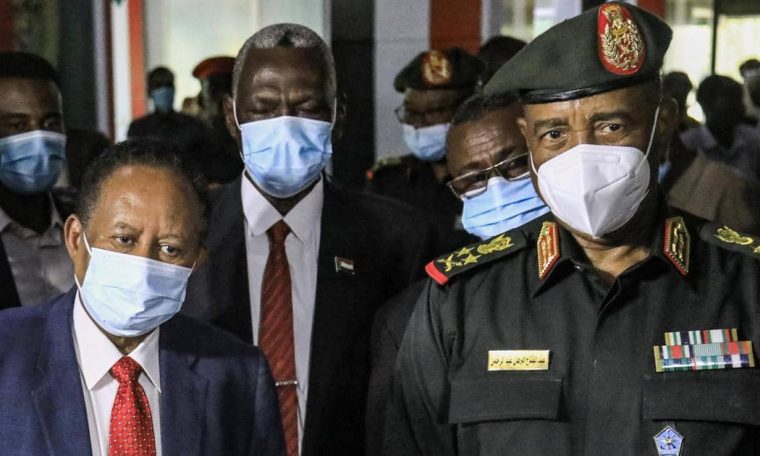 The agency quoted two government sources as saying Hamdoki to negotiate a solution to the crisis in Sudan It reached a “half-dead end” after the military refused to return to the path of democratic transition.

So far no official statement has been issued by the army or Hamdok’s government.

Both sources said the military tightened security at Hamdok’s home in Khartoum and restricted most of his contacts.

The development comes after close talks with Hamdok on Friday about progress in talks with army leaders.

The United States and the United Nations have been pushing for a solution to end the crisis in the country since last October, after the military dissolved the Sovereignty Council and Council of Ministers and declared a state of emergency.

The Sudanese army chief’s office, Abdel Fattah al-Burhan, also said he had agreed with US Secretary of State Anthony Blinken in a phone call on the need to expedite government formation.

The Sudanese Professionals Association pledged to continue protesting until a full civilian government was formed to lead the transition process that began after the fall of the Bashir regime in 2019.

This gathering believes that international initiatives to re-sharing power in Sudan will regenerate and exacerbate the country’s crisis.

But the international community sees current efforts as critical to a recovery from the crisis, which threatens to further destabilize the already volatile Horn of Africa.

Last October, the Sudanese military announced the dissolution of the Sovereignty Council and the Council of Ministers and declared a state of emergency, saying it had to act after political forces rejected proposals to solve the country’s woes. was forced to

The order was met with opposition from political forces supporting Abdullah Hamdok’s government, and these protests called for the return of a civilian-led government to take power in the country.