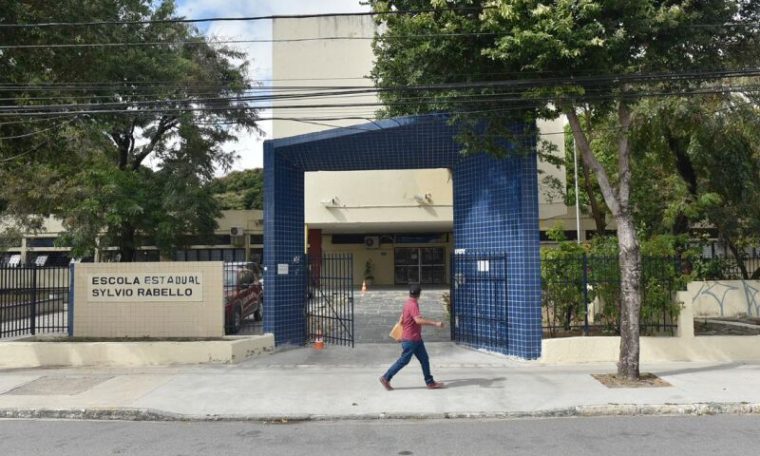 the governor of pernambuco, paulo cameraApproved seven laws with benefits for education Of the state The texts benefit professionals in the field and students of Pernambuco. Posted in law

Among those honored are Program Win the World (PGM) Teacherwhich provides a six-week exchange for teachers of English and Spanish, and value educationwhich provides financial incentives in the amount of BRL 350 million, For professionals in effective practice in the Department of Education and Sports, Pernambuco. Around 30,000 teachers should benefit.

“This set of actions that we approve is another initiative to value professionals and our students. These are important and necessary laws in this recovery process, which will directly impact the lives of young people and their teachers,” Paulo Camara said.

Another law enacted by governor institutions academic performance bonus (BDE), which corresponds to an award for results based on performance in the educational process, intended for employees working in regional education departments, school units of state public networks, and the Headquarters of the Department of Education and Sports. It is expected that this benefit will be paid to over 33 thousand servers of the state network.

The Secretary of Education and Sport, Marcelo Barros, noted that the new laws reiterate the state’s concern with education. “The future of the generations to come is strengthened by the care of education,” he stressed.

The package of measures changes the payment of gratuity according to the working hours of civil servants working in socio-educational units and also for those working in school places within the prison.

Another law approved by the Governor relates to the transfer of State School Transport Program (PETE)Re-adjusting the amounts paid to municipalities participating in PETE, in addition to new routes with new high schools, with a 31% increase for territorial expansion bands considering Law No. 13.463/2008, in Main cost to service increase.

it was also authorized 50% increase in the prices provided for each category of territorial extent When there are students enrolled in state public schools that work shifts whose schedules require specific additional routes for school transportation, as New High School in 2022, due to the need to serve students from reference schools in secondary education. Due to some changes in the routes. Erem) and the New Reference Schools for Elementary Education (EREFs), with different timetables from other units, increased routes significantly.

Another declared remedy is Re-adjustment in the scholarship value of the PE program on campus, which provides subsidies to low-income students graduating from public schools in approved state networks at public universities across the country. Increasing the amount from R$ 1,100 to . Will be done BRL 1,240 in the first year of graduation and for R$ 440 BRL 620 in the second year.

conquer the world
one of the laws approved by the governor that authorizes the boarding of 94 students who should have traveled win the world event in March 2020, but due to covid-19 pandemic The process was stopped from executing. The exchange students participated in the 2019 selection notice in traditional (63 selected), music (19 selected) and sports (12 selected) modalities, and will now go on an eight-week study abroad program.

In the end, Paulo Camara approved win world teacher program, aimed at teachers of foreign languages ​​(English and Spanish), which allows cultural and linguistic immersion in the language taught by the teacher through an exchange program for one of the PGM partner countries lasting six weeks. In all, 130 teachers will be selected to travel to countries such as the United States, United Kingdom, Canada, Argentina, Chile and Spain.

At least 49 killed and 30 injured in Colombia prison fire