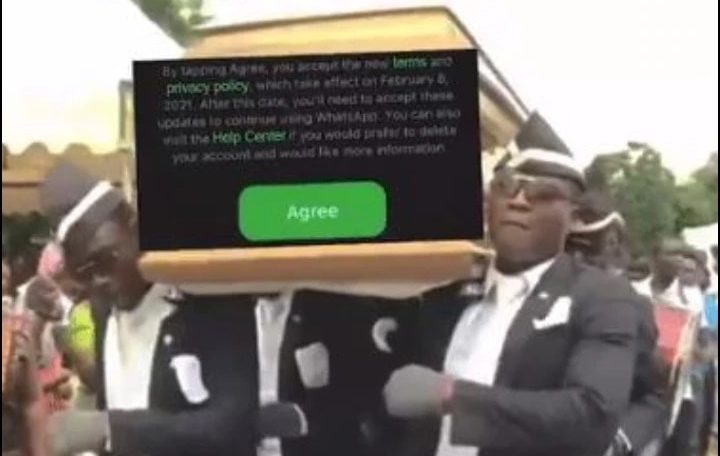 Telegram previously mocked WhatsApp by sharing two Spider-Man memes. Now Telegram has made fun of WhatsApp with another meme. Telegram shared a GIF of the viral video of Ghana on its Twitter account, which showed four people dancing with a coffin. In it, Telegram changed the text of WhatsApp’s privacy policy to a coffin. The real Ghana has a group of polybearers, who perform the last rites.

Telegram tweeted this on January 10 and so far it has been retweeted over 283,000 likes and around 87,000 times. Not only this, but around 8,000 people have also responded to this tweet.

WhatsApp’s new privacy policy will take effect on February 8 next month. But WhatsApp has also given clarification in view of the opposition of the users. WhatsApp has clarified that neither WhatsApp nor Facebook can read users’ private messages or WhatsApp cannot listen to your calls with your friends and family. Anything you share will be with you. Because your private messages are protected by end-to-end encryption. We will not allow this security to be compromised.

See also  iOS | So that you can scan real objects and convert them into 3D images without any background. technology | Applications | Smartphone | trick | Tutorials | iPhone | iPad | NDA | nanny | Play play