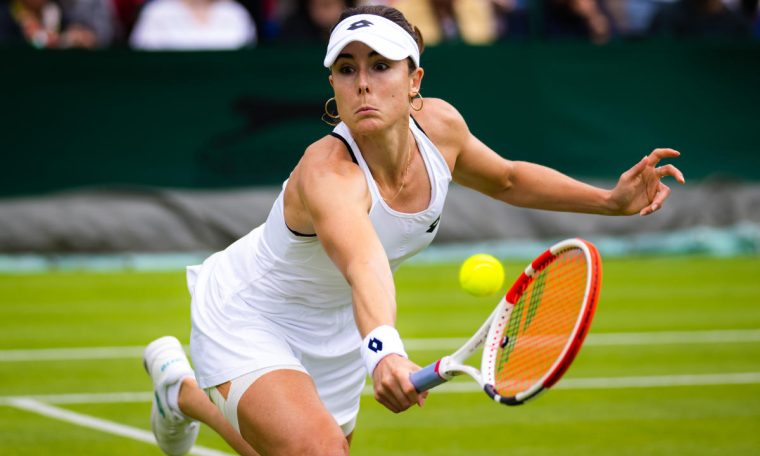 French tennis player Alizee Cornet has made a blatant claim that players have deliberately adopted an ‘unspecified compromise’ to hide Covid-19, saying last month’s French Open was a ‘pandemic’.

Soon after, the current world number 37 backtracked and insisted that his remarks were ‘to emphasize that the virus was now a part of our lives’.

The 32-year-old is playing at the Wimbledon Grand Slam and her remarks came after stars like Marin Cilic and Matteo Berrettini pulled out of the tournament after testing positive.

Kornet, who made it to the second round after beating Yulia Putinseva in straight sets, believes there have been many unreported cases in recent tournaments.

“In the dressing room, everyone had it and we didn’t say anything,” Cornet told L’Equipe newspaper about the French Open. “I saw girls wearing masks, probably because they knew and didn’t want to pursue it,” he explained.

Cornet withdrew from his allegations hours later, as reported by Yahoo, and said he only “suspected a few COVID cases during Roland Garros, without any evidence.”

Wimbledon suffered a major Covid-19 blow on Tuesday morning after last year’s finalist Berrettini withdrew due to the virus outbreak.

The popular Italian, in scintillating form after defeating the Queens, joined former runner-up Marin Cilic in retreat, leading to a further draw in the tournament, which is already lacking in Russians and Belarusians.

Berrettini, who was in the top three favorites alongside Novak Djokovic and Rafael Nadal, said via Instagram: “I am heartbroken to announce that I need to withdraw from @wimbledon due to a positive Covid-19 test result “

See also  No. 1, Barty makes round of 16 at Wimbledon and faces champion Roland Garros

Wimbledon is currently following UK government guidelines that do not require players to test themselves or isolate themselves if they test positive, meaning the decision to leave the tournament was made by infected players .