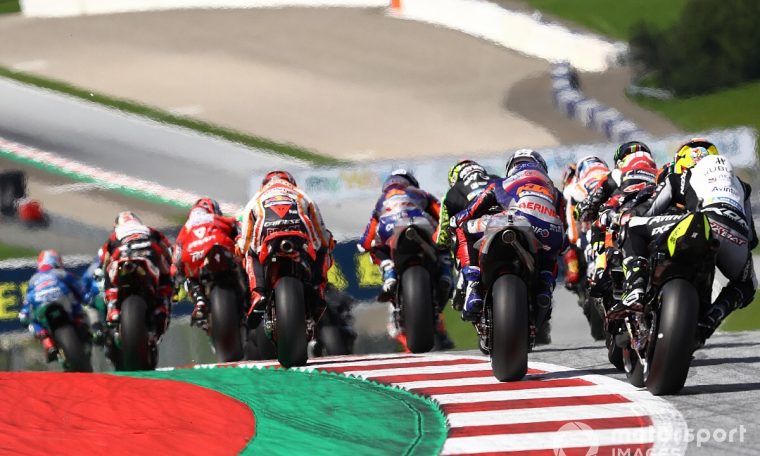 Rossi was particularly lucky to have not been gathered by Franco Morbidelli’s traveling Petronas Yamaha on lap 9 of the Purple Bull Ring race, immediately after get hold of with Johann Zarco at Flip 2 despatched each down in a terrifying accident.

Zarco’s Avintia Ducati was vaulted over the observe at Flip 3 when it hit the air fence, though Morbidelli’s bike just slotted in between Rossi and Maverick Vinales’ machines.

The two riders took the restart, with Rossi placing the incident to the back of his thoughts and ending fifth.

When asked about the incident, Rossi explained: “It was so scary, was terrifying.

“For me, now all people is very intense but also from the tiny lessons. I can fully grasp since you participate in a large amount. But for me it’s critical that we do not exaggerate [the aggression].

“You will need to regard the other riders that are on keep track of with you, for the reason that we simply cannot ignore this activity is quite perilous – primarily in a track where you have long straights and you always go 300km/h.

“What I said is that also from the smaller classes, you have a lot of riders who near the door when braking.

“Zarco is very large and braking in the confront of Franco, maybe to not permit Franco overtake in braking.

“But it was far too close, and when we are at 300km/h we have a whole lot of slipstream and Franco experienced no chance to brake.

“We risk a good deal, in particular me and Maverick. This could have been a possible catastrophe.

“I spoke to Zarco, I stated this to him, and he said he didn’t do it purposely.

“But anyway, intense is fantastic, but braking in the facial area of other riders specifically at 300km/h is a prospective disaster.”

Morbidelli was taken to the healthcare centre for checks, but original scans uncovered no really serious injuries.

The protection of the Red Bull Ring circuit has occur into query in gentle of the incident, and whilst Rossi believes the track is risky, he believes a absence of respect in between riders is far more risky.

“I believe the Pink Bull Ring is a little bit harmful in some places, particularly when you have a really hard braking from 300km/h to 50km/h, and in the hairpin [at Turn3] you have to go in the reverse course,” he extra. “This is a most likely risky area.

“But I assume extra is the [lack of] respect in between the riders. This is much more risky than the monitor I feel.”