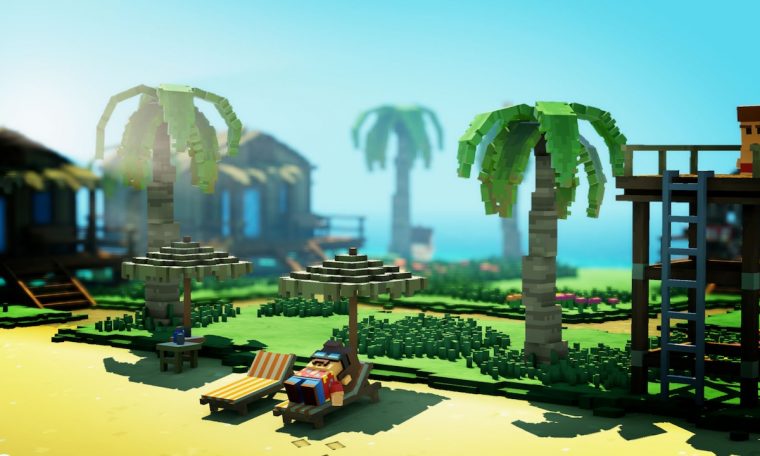 PlayStation 5 and Xbox Series X | With the advent of the S, the number of games that support 4K resolution on home video game consoles has grown even more. Meanwhile, it looks like a game that supports 8K resolution has already been revealed.

The title is the action-adventure game “Shin Multimedia”.TouristPS5 version. According to foreign media Digital Foundry, which is familiar with the game’s technical analysis, the work is the first game to be rendered in native 8K on the current machine.

“The Tourist” is an action-adventure game where tourists travel to tropical islands and enjoy the holidays. Swim in the ocean, enjoy shopping, or play games at the arcade. However, there is a legend that there is a mysterious ancient monument on this island, and players will also try to locate the underground mines. The Nintendo Switch version of this work was released in 2019, and the PC/Xbox Series X | The S/Xbox One version was also released last year. And the PS5 version was released in September this year.

The PS5 version is said to support 8K resolution. The information was originally released by developer Shin Multimedia, but was corroborated by Digital Foundry’s analysis above and interviews with the studio, and appears to be gaining attention among foreign gamers. Accordingly, the PS5 version of this work is presented in native 8K. It doesn’t use tricks like upscale or checkerboard rendering, and is said to be rendered at 7680 x 4320 internally.

Also, the PS5 version of this work is produced at 60 fps in 8K and 120 fps in 4K. By the way, Xbox Series X renders at 6K resolution and also supports up to 120fps. The work uses simple tone graphics, and the drawing load is relatively low. Still, these specs are impressive.

Although the PS5 itself claims to support a maximum of 8K resolution output, it’s actually limited to 4K output at the moment. SIE has reported that official 8K output support will be provided in a future system software update. There aren’t many options for 8K compatible TVs, and the current situation is that the environment in which you can truly enjoy 8K visuals doesn’t yet exist.

However, the fact that it’s rendered in 8K internally means that when outputting in 4K or 1080p, supersampling enables smoother drawing. Even if you don’t have an 8K TV, you can still get the full benefits. The same holds true for the Xbox Series X version of the game, which renders in 6K.