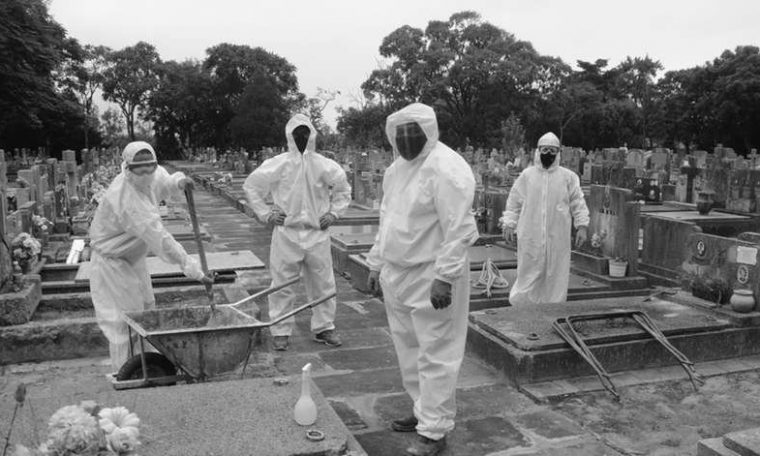 According to an analysis conducted by infectious experts, at the most critical moment of the epidemic, the death toll in Brazil is almost four times faster than in the United States, the country that recorded the most deaths due to Kovid-19 in the world. Went. Since February 21, the average of weekly deaths in the country of South America has been increasing. At that date, Brazil had a rate of 4.88 deaths per million inhabitants. On Friday, the index had reached 11.29, ie the death rate had increased by 131.3%.

In relation to the United States, on February 21, the Kovid-19 death rate was 5.70 per million inhabitants. On this Friday, the index had fallen to 3.. The data are from the data website in our world, a platform that collects information about epidemics worldwide. The data has been collected and organized by researchers from Oxford University, UK.

It should be noted that in North America the country applied by Saturday (27), 7 pm, 40.87 doses for every 100 inhabitants, while Brazil, 8.81. That is, a difference of more than four times in the proportional analysis of the data. In absolute numbers, the US injected 133.31 million immunizers into the arms of its citizens. On the other hand, Brazil had applied 16.56 million syringes, eight times less than the Americans.

Brazil is not only ahead of the USA in analyzing mortality due to Kovid-19. The South American country has the most accelerated death curve with the most deaths. The rate of 11.29 deaths per million inhabitants is much higher than in the six countries where Kovid-19 claimed fatal victims.

For example, Mexico, where more than 200 thousand people lost their lives due to the disease, Friday (26), up to an index of 4.04. To compare with Brazil, on 21 February, when the rate began to rise here and never stopped, there were 6.54 deaths per 100 inhabitants. Therefore, in Mexico, the weekly death curve has lost momentum.