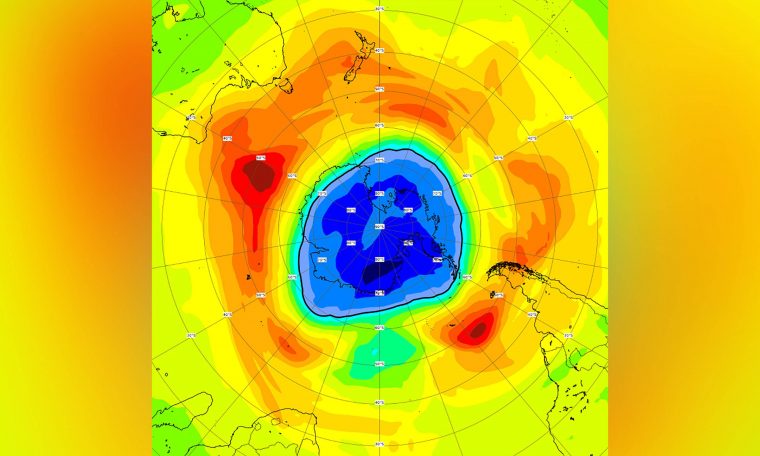 The ozone hole that forms every year at the South Pole is now larger than the ozone hole recorded antarcticaAccording to scientists from the Copernicus Atmosphere Monitoring Service, The European Union, released this Thursday (16).

The ozone is depleted and forms a hole over Antarctica in the spring of the Southern Hemisphere, which lasts from August to October. According to Copernicus, it usually reaches its greatest size between mid-September and mid-October.

After growing “significantly” last week, the hole is now larger than 75% of the ozone layer holes of previous years, at the same level since 1979, making it larger than the neighboring continent.

“This year, the hole in the ozone layer developed as expected at the start of the season,” Copernicus director Vincent-Henri Puch said in a statement.

“Now our predictions suggest that this year’s hole has become slightly larger than usual,” Puch continued.

According to Copernicus, last year’s hole began to open in September, but later became “one of the longest-lasting ozone holes in our data record.”

The ozone layer, which is 14 to 35 kilometers above Earth, protects the planet from ultraviolet radiation.

Holes in the Southern Hemisphere are usually caused by chemicals such as chlorine and bromine that move into the stratosphere during the Antarctic winter creating a catalytic reaction.

The hole in the ozone layer is related to Antarctica’s polar vortex, a band of cold air that circulates around Earth.

When high temperatures begin to rise in the stratosphere in late spring, ozone depletion slows, the polar vortex weakens and eventually breaks up. In December, ozone levels usually return to normal.

Even with the ozone layer showing signs of improvement, Copernicus says it may not fully recover until 2060 or 2070.

This is because it will take time to see the effects of cleaning up chlorofluorocarbons (CFCs), which deplete the ozone layer.

The chemicals were regulated by the Montreal Protocol – first signed in 1987.

According to the Environmental Protection Agency, they should be phased out by 2030.

A study published in the journal Nature in August showed that if CFCs were not banned by the protocol, the world would have been on a 2.5°C rise in global temperature and a collapse of the ozone layer.