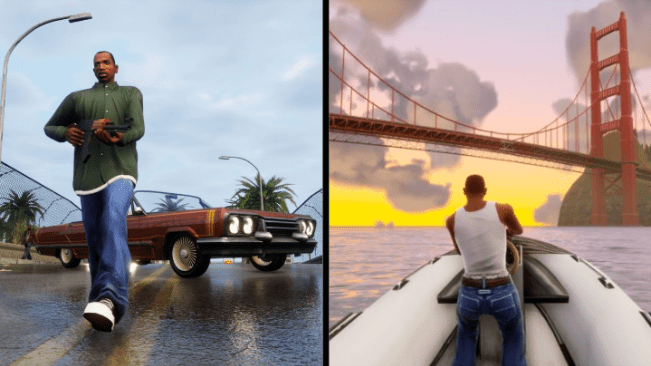 Grand Theft Auto: The Trilogy – The Definitive Edition finally gets the first images

Showcasing the game’s environment and graphics in general, Grand Theft Auto: The Trilogy – The Definitive Edition runs on the Unreal Engine and features several improvements. The game features new, modern controls inspired by GTA V, as well as extensive visual enhancements such as resolution updates and worldwide visual fidelity improvements and more, while maintaining its distinctly original aesthetic.

according to portal addicts, New 4K images of the new trilogy were released. For those unaware, Grand Theft Auto: The Trilogy – The Definitive Edition includes three versions of the Rockstar Games franchise, GTA 3, Vice City and San Andreas. This version originating from PS2 is being developed for the fans who have always loved these above mentioned franchises and who definitely miss playing these Rockstar Games Legends with better graphics and gameplay.

The Grand Theft Auto: The Trilogy – The Definitive Edition Collection will be released digitally on November 11th for $59.99. You’ll be able to play them on Nintendo Switch, PlayStation 4 and 5, Xbox One and the latest X/S series consoles and PC via the Rockstar Games Launcher.

It will reach iOS and Android in the first half of 2022. It will have a physical release on December 7. Each of these games has been remastered by Grove Street Games, who have done a great job of making them more beautiful and more playable than their PS2 counterparts.

Rockstar says it used the Unreal Engine and a “completely revamped” lighting system, and the graphical improvements touch almost every part of the game. The list provided in the Rockstar press release includes improved shadows, weather and reflections, and updated vehicle and character models.

Check out the new images from the new GTA trilogy below: