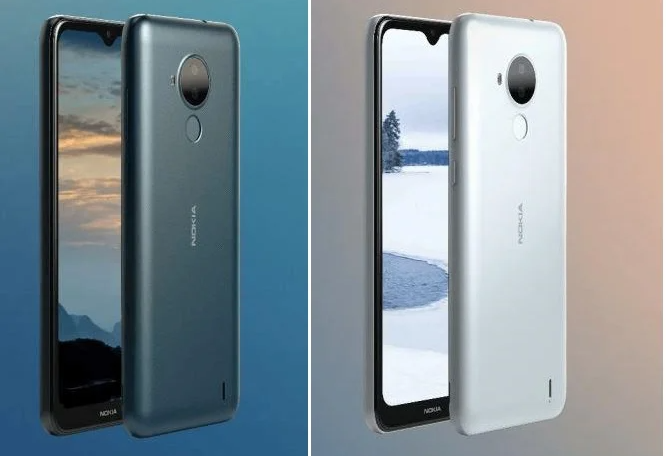 HMD Global is reportedly working on a new C-series smartphone called the Nokia C30, which is to be unveiled soon as it has already received the FCC certification.

Now renders have been published that show the front and back of the smartphone. The device will be available in white and green colours. The front is made in a design typical for budget smartphones: the bezels are wide, especially at the bottom and top of the screen. The front camera is located in the teardrop notch of the display. The rear panel houses a round camera module and a fingerprint scanner.

The Nokia C30 is expected to feature a 6.82-inch Full HD+ (1080 x 2400 pixels) display with an aspect ratio of 20.5:9, along with a six-core single-chip platform clocked at 1.6GHz. The smartphone will have 3 GB RAM and 64 GB internal flash memory. There will also be a slot for a microSD memory card.

The resolution of the front camera will be 5 megapixels and the main one will be 13 megapixels. It will get slots for two SIM cards, Wi-Fi, Bluetooth 4.2, GPS, microUSB and 3.5mm jack. Apart from fingerprint scanner, it will also support face unlocking. The device measures 169.9 x 77.8 x 8.8 mm and weighs 191 grams.

It will run Android 11 operating system and is equipped with a massive 6000 mAh battery.