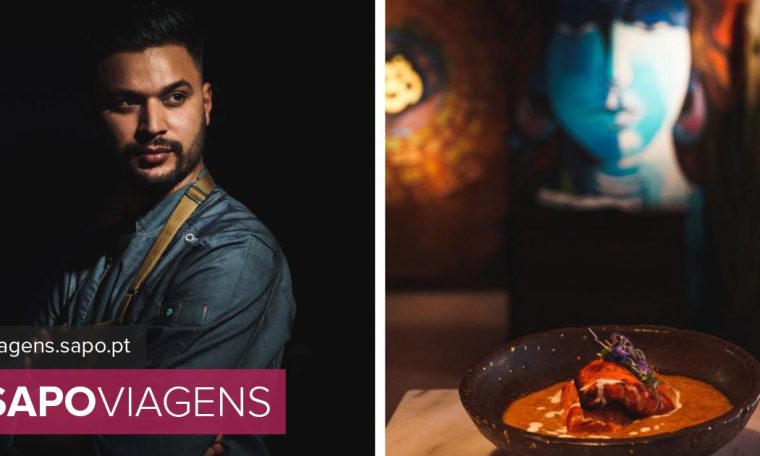 The opening of the new Oven restaurant in the city of Lisbon is the best news for Indian and Nepalese food lovers.

As the name indicates, the “star” of this new gastronomic proposition is the special traditional oven, known as “tandoor” in India and specially made for this restaurant in copper and clay, as that was designed by its founder.

Through the food, drink, decor, music, the entire atmosphere, every detail has been crafted to provide the experience of being in India without even traveling.

And here we come to the master who gives life to this new oven: Hari Chapgain! Born in Nepal, chef by profession, creative and entrepreneur by choice, Hari has a passion for gastronomy, for which he has acquired all the art of world cuisine (in Nepal, India, Spain and Lisbon) in one restaurant. Best Indian and Nepali cuisine.

So let’s talk a little bit about this art… because that’s what will lead us to discover (and return) OVEN. Traditional cuisine, flavors and meticulous presentation with a touch of modernity, the chef describes the oven concept. To unite beauty and taste through harmony of aroma, color and texture, and strive to achieve perfection with all of this. Every day. The goal could not be more ambitious.

The oven is built in clay inside, and there is only one in Lisbon, and its use in restaurants can be appreciated. It is the process of cooking with temperatures between 300 and 400 °C, resulting in food with a distinct texture and taste, which is both fresh and healthy.

The unique blend of spices that come straight from both the countries is the final touch that makes the dishes so delicious.

Hari Chapgain throws light upon some mouth-watering Indian dishes. Apart from naan, the famous oven baked bread is another experience altogether, meat dishes like chicken tikka, lamb chops and tandoori chicken are also baked in the oven, which makes them very succulent.

Among the Nepalese offerings, the chef highlights one of the most popular dishes from his country of origin, mo: mo (also known as dumpling) as well as goat curry and sekuwa (marinated meat cooked in the oven) is.

In the dessert menu, gulab jamun and kulfi are among the 100% traditional on offer, and you can surprise yourself with fusion options like samosa with chocolate or hot brownie sizzler.

Along with the food, drinks such as lassi (based on yogurt), nimbu pani (Indian lemonade) and Indian beer, are infused with carefully selected Portuguese wines to perfectly match the menu.

Writer cuisine was just a dream for Hari Chapagain until recently, finally realized by the resilience of fighting for a project with his signature, even as it was plagued by the pandemic and all the challenges facing the catering sector.

With a desire to surprise its customers and great respect for everything authentic, Hari Chapgain aimed to develop the concept of combining traditional flavors with a blend of spices that would attract people from all over the world.

Hari was born in Nepal, from where he moved to Europe at the age of 23 in search of job opportunities, living between Portugal and Spain for a few years. He was able to find himself doing what he loved the most, cooking, trying out new practices and techniques, thus combining various learnings that gave him the experience he needed to build his career.

With the pride of someone who now puts himself in front of the world, Hari doesn’t hesitate to say that his restaurant is as important to him as it is Portugal, where his heart never stops. Lisbon, a city that has become so cosmopolitan and also famous for the diversity of its gastronomic offers, has become the most natural place to open an oven.

See also  How coronavirus will transform the way we all store