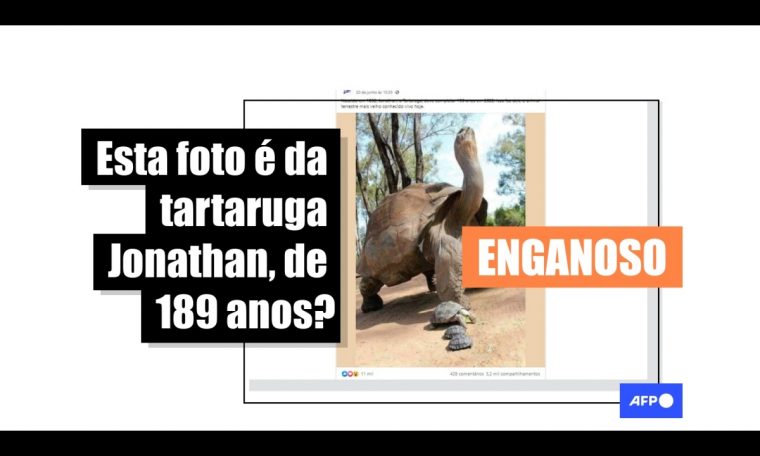 A picture of a turtle, identified as “Jonathan”, the oldest living land animal, has been circulating on social networks since last April, being shared more than 29 thousand times. Although Jonathan the tortoise, as the text of the publication says, turned 190 years old in 2022, it is not what he appears in the image with three other small tortoises. The animal is a giant Galapagos tortoise that lives in an Australian zoo, while Jonathan lives on the British island of St. Helena.

Who is Jonathan Turtle?

Tortoise Jonathan exists and lives on the British Isles santa helena, in the Atlantic Ocean. it’s a turtle Seychelles or aldabra. it is considered world’s oldest land animal and, according to the version 2019 In the Guinness Book of World Records, at the time was 187 years old. In other words, it completes 190 in 2022, as indicated by viral publications.

In 2017, AFP reported a photo and Video About the turtle. 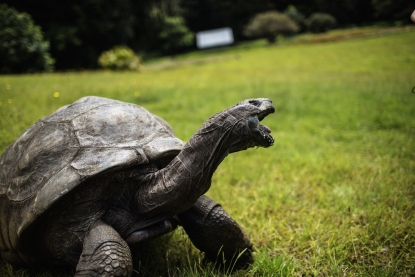 Jonathan, a giant tortoise from the Seychelles, in the gardens of the UK Governor’s official residence on the British island of St Helena on 20 October 2017 (Gianluigi Guercia / AFP)

However, the image of a giant tortoise with three smaller ones does not depict Jonathan.

Through a reverse image search, the AFP verification team found that the viral image was published in 2014. site About the birth of animals in Australian zoos. The picture is credited to the zoo Taronga Western Plain And this Australian center shows a giant Galapagos tortoise.

On the occasion of another misinformation about the same turtle in 2019 verified According to AFP, an Australian zoo spokeswoman said the turtle in the viral picture is named A11 and is about 50 years old, a far cry from Jonathan’s nearly two centuries.

Second special pageThe Galapagos giant tortoise shell can measure between 1.5 and 1.8 meters and, in captivity, the animal can reach 180 years.