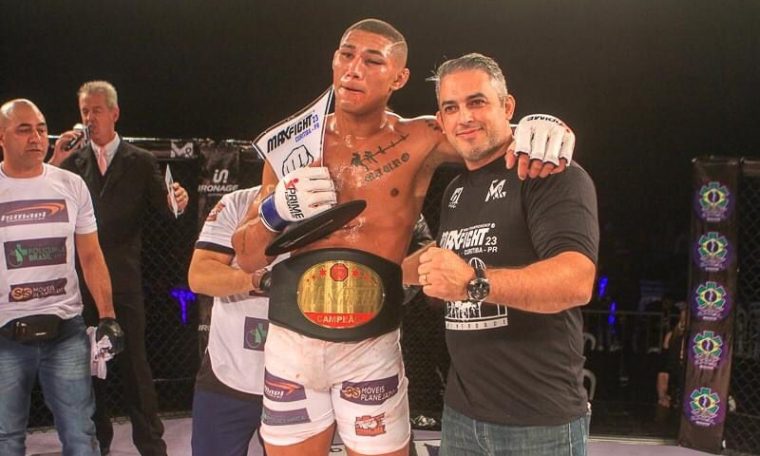 After a three-year absence due to the COVID-19 pandemic, Max Fight, one of the biggest MMA events in the world, is back. The 24th edition will take place on 27 May in the metropolitan area of ​​So José dos Pinhais, Curitiba, with great attractions. There will be a total of 14 fights, three of them for the belt and the debut of Thor Silva, son of the legendary Wanderly Silva.

“Max Fight aims to contribute to the careers of those who want to make a living from the sport. Since 2006, they have discovered talents and exposed them to the best events in the world”, said Max Fight producer Ricardo Saldanha.

It is expected from Thor Silva who will make his debut in the event against Gabriel Ferreira.

“It’s a great pleasure to be at an event like this, a unique opportunity for me to put into practice everything I’ve been training for,” says Thor Silva.

Curitiba’s Marcos Pirata x Mario Souza will have the main match of the night at middleweight. The vice-leader of the national MMA rankings, Souza will defend the belt he won in the previous edition in 2019.

“I know Pirata is a seasoned opponent, but I am well trained and ready for battle. Max Fight is a great showcase for the biggest events in the world like the UFC, and the expectations are high”, said the fighter. Said, who has three victories in the competition and no losers.

The opponent sees the fight as an opportunity of a lifetime. “This will be my first time at Max and I am very excited about it. I continued my training for the moment even during the pandemic”, said Pirata.

Another Curitibano who defends the belt is Rodrigo Cavalheiro from Thai Brasil in the middleweight division (up to 77kg).

Flavio Negrao of Piau is fighting for the lightweight belt (up to 70kg) with Colombian Carlos García.

There will be two women in the fights. Highlight Pamela Mara from Inside MMA, 6th in the national MMA rankings and Andressa Romero from Thai Brasil Floripa, 14th in the rankings.

For the narration of the fights, Max Fight 24 will bring announcer Zikao Jolie from the United States, one of the main names in the field with more than eight thousand fights in its course.

There will be free attractions on the outside of the gym from 4 pm to 8 pm on the day of the event. Four shows will be open to the public and various recreational activities. 300 children practicing martial arts from social projects run by the So José dos Pinhais City Hall will be present in the stands.

Fights tickets can be bought here simplela or R$ 50.00 at the gym ticket office. At the expense of

“For us at Action Events, it is an honor to bring Max Fight to the national scene, adding to the show’s potential by the cast of our casting at the event and bringing the best athletes in Brazil to the national performance. From now on, Max Fight All cities to do will be much more than a fighting event, but a party for the community”, Fernando Nunes, Director of Action Events.

See also  Ayrton Senna, King of the Street Circuits in the United States