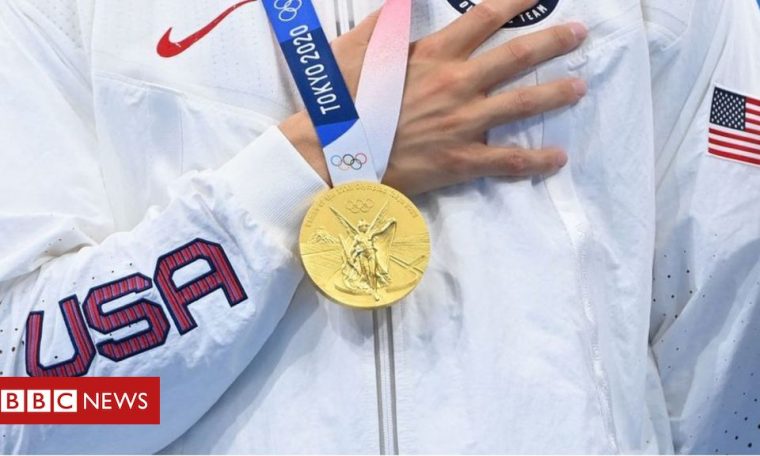 The medal tally at the Tokyo Olympics in Japan was again dominated by the largest nations such as the United States, which finished first. But what will the ranking look like if population and wealth are taken into account?

When it comes to the Olympic Games, the spirit of déj vu prevails. Every four years, the same few countries win medal after medal—the United States, China, Russia—and Tokyo was no different.

The US has won a total of 113 medals, including 39 gold, more than any other country.

So what is the reason that countries like the US dominate the rankings while others are left behind? Economists and data nerds have some theories.

“It is still clear by the standards that what matters is population, income levels and the political system,” says David Forrest, an economist at the University of Liverpool in the UK who researches forecasts for the Olympics.

Population matters, says Forrest, because the larger the pool of athletes, the more likely a country is to produce real competitors.

“It is clear that very few people born have the potential to become world-class athletes,” he says.

Consider a country like Luxembourg, which has a population of 633,622. The tiny nation, formed between Belgium, France and Germany, sent 12 athletes to compete in seven sports and did not win medals. Meanwhile, the US, which has the world’s third-largest population (328 million) after China and India, has sent 613 athletes to compete in 35 sports and has won more medals than any other country.

Some countries perform better because of their population size.

However, an alternative ranking, which analyzes the number of medals won per million people, shows a different result.

In this scenario, the small European nation of San Marino, with a population of over 33,000, emerges victorious, despite winning only three medals (one silver and two bronze). The US didn’t even make it to the top 20 and finished 60th.

But population alone is not enough to ensure that a country reaches the stage.

“If a country is too poor, it will not have the resources to turn its ability to compete globally into true potential,” says Forrest.

“They need to have the ability to participate in sports first. For example, they may have a great natural skill in swimming that is waiting to be developed – but it is of no use if there are no swimming pools “

When poor countries win, they tend to win in low-cost sports such as wrestling, for example, explains Forrest, while rich countries tend to do better in expensive sports such as horseback riding and sailing.

When considering GDP per capita (the sum of a country’s wealth divided by a country’s population), China and Russia (numbers two and three in the overall medal table) actually outperformed the United States. Under these optional parameters, China ranks first and Russia second, Kenya third.

The US, generally the leader, lagged behind in 15th place.

There are also cultural and political factors. Forrest argues that countries that belonged to the Soviet Union (USSR) have an advantage because of the strong sports infrastructure established by the communist regime.

Commonwealth countries (an organization made up of 53 countries, most of them former British colonies) also fared better than expected for their size and wealth.

Forrest says he believes it is because Britain pioneered the development of the sport as we know it today, and has taken this enthusiasm to compete with them around the world.

Australia, which is often in the top 10 in the overall medal tally, is a classic example.

In India, cricket is the national sport, but it is not played in the Olympics. India also stands out in hockey, which is played in the Olympics, but which awards a maximum of two medals, one for men and one for women. On the other hand, sports played by one person, such as gymnastics, swimming and athletics, can yield several per athlete.

“In general, investing in team sports is not a great idea,” Forrest says.

If we only used variables such as population and GDP per capita, we would underestimate some of the country’s best performers.

He says past performance is a better indicator of who will do well — but that’s still only a rough estimate.