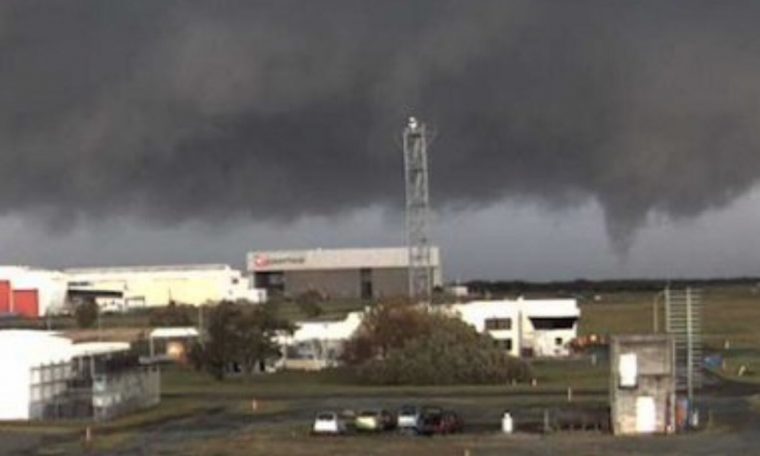 Passengers and staff at the airport in Brisbane, capital of the Australian state of Queensland, faced a major scare early Friday morning local time. A tornado hit the airport as a super storm cell passed through the area.

NS @ Brisbane Airport The tornado can be seen touching down as a supercell thunderstorm brought heavy rainfall to the area this morning: 91 mm at the airport and 101 mm at the luggage point. Huge hailstorm of more than 4 cm to the south. Latest #qldweather https://t.co/Ftfp3jhUK9 pic.twitter.com/MkW9v2n845

According to Australia Bureau of Meteorology (BOM), Supercell brought heavy rain and strong gusts of wind. The Australian Meteorological Service confirmed that the tornado had struck just an hour after the incident.

In addition, it was reported that 101 mm of rain was recorded at the airport in an hour this Friday morning. This amount of rainfall in Brisbane in just one hour has an estimated recurrence time of 50 years.

The tornado landed near the runway. Towing cars used to carry goods overturned in the wind, uprooting some trees. Roof panels flew off the roofs, causing heavy rain in the interior of the airport. Hangers at the international airport were also damaged.

The Bureau of Meteorology highlighted that tornadoes are a rare occurrence in the region and are formed by a combination of an unstable atmosphere and an updraft. Today’s tornado at Brisbane airport was the fourth to hit the state of Queensland this week.

In recent times, hailstorms have been a very common occurrence in the Australian state. On Tuesday, the towns of Bloomsbury and Yallborough, north of Mackay, were affected. 16 cm hail, what BoM reported was Largest hailstorm ever seen in Australia, broke the record for a stone that fell in Queensland last year by 14 centimeters.

At the same time, the havoc of severe heat continues in northern Australia. The north of the country is facing extreme heat for several days in a row, reaching over 45ºC in some seasons this Friday.