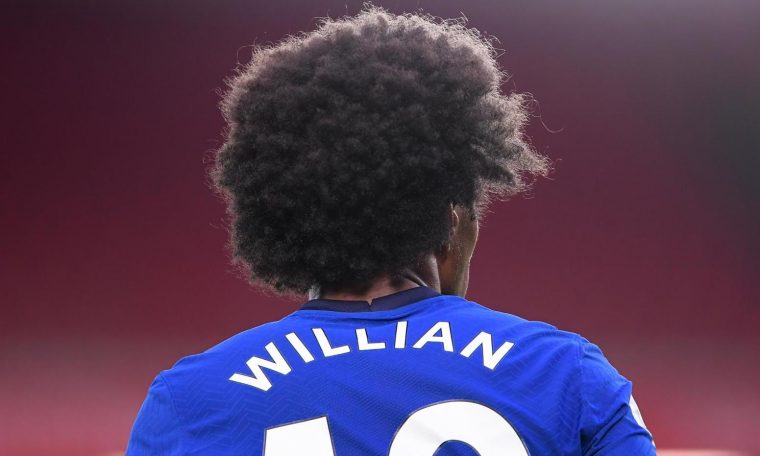 Follow the latest updates live from the transfer window on Thursday as Manchester United’s pursuit of Jadon Sancho continues and another winger leaves the Old Trafford club. After United’s second-leg Europa League victory over LASK on Wednesday night, coach Ole Gunnar Solskjaer confirmed Alexis Sanchez’s permanent move to Inter Milan, where the Chile international has spent the season’s on loan.

Elsewhere, Arsenal are pushing on in trying to secure deals for Philippe Coutinho and Willian, despite having announced 55 staff redundancies on Wednesday. The Gunners have reportedly seen Willian agree to a three-year contract – something he wanted from Chelsea that the Blues were not prepared to give while they remain in talks for Philippe Coutinho.

Meanwhile, Man City are not done in the market yet. Pep Guardiola’s club announced the signings of Nathan Ake and Ferran Torres this week, but they have a spending spree planned as they look to further strengthen their squad and regain the Premier League title next season. Eric Garcia won’t be part of it however, having turned down a new contract at the Etihad. Follow all of the latest news and rumours below:


Some transfer rumours from overseas, now.

In France, Le10Sport are claiming that Everton are in line to bid big for Atletico Madrid’s Thomas Lemar.

The French winger hasn’t made the expected impact under Diego Simeone after signing for more than £62m, and Atleti are ready to cut their losses.

While Scott Parker has said he won’t overhaul his Fulham squad, the club are still looking to make some signings this summer.
See also  Arsenal vs. Liverpool score: Aubameyang the hero as Gunners win Community Shield in penalty kicks

The newly promoted Premier League side are reportedly preparing an offer for Tottenham defender Kyle Walker-Peters, potentially scuppering Southampton‘s move for the 23-year-old.

Walker-Peters was on loan with the Saints last season, and they are looking to secure his services on a permanent basis for around £12m. But Fulham will try to lure the defender to Craven Cottage, according to the Evening Standard.
Aurier isn’t an ex-Spurs defender yet, but a rather beloved one is making his return to the club…

This news had been rumoured for a while, but it’s now official:

The Mirror is reporting that Tottenham are looking to offload right-back Serge Aurier this summer.

The Ivory Coast international is likely to cost potential suitors approximately £35m, and there are already interested parties.

AC Milan and Monaco are both said to be monitoring the situation around the 27-year-old.

While Arsenal seem set to get deals done for high-profile players this summer, they may struggle elsewhere…

“Other departments expected to discover cuts by the end of the week.”

This news of course follows the announcement by the Gunners yesterday that 55 staff redundancies are to be made. Full story on that here:

Championship play-off final runners-up Brentford are apparently expecting to receive in the region of £25m for prolific striker Ollie Watkins this summer.

According to PA, Premier League sides Crystal Palace and Aston Villa are both in the market for the 24-year-old, who scored 26 Championship goals last season for the Bees.

Prior to that, Watkins played predominantly as a winger.

Colombia international James Rodriguez may be in line to make the short trip across the Spanish capital for as little as €15m, according to El Golazo de Gol.

James joined Real in 2014 after an impressive series of performances at the World Cup in Brazil, but spent two years on loan at Bayern Munich from 2017 to 2019.

Even more movement on Willian‘s expected move to Arsenal…

ESPN is reporting that the Chelsea winger has now agreed a three-year contract with the north London club.

Norwich are prepared to cash in on Emiliano Buendia, with the midfielder eyeing a Premier League return amid interest from the likes of newly promoted Leeds…

PA understands that the Canaries are ready to listen to sensible offers and would make a huge profit on the £1.3 million they paid to sign Buendia from Getafe.

Norwich would be in a strong bargaining position, with the Argentine having four years left on his contract, and they could look for a fee in the region of £20m. Full story here:

OFFICIAL!
Inter Milan have confirmed the permanent signing of Alexis Sanchez from Manchester United on a free transfer.
In slightly different transfer news… the ownership of Roma is being transferred from one American group to another.

The Serie A club announced a near €600m deal on Thursday for the Texas-based Friedkin Group to take over control of the team.

Billionaire Dan Friedkin, chairman and CEO of the Friedkin Group, said: “We look forward to closing the purchase as soon as possible and immersing ourselves in the AS Roma family.”

See also  The cheerleader saved the ball stuck in the backboard and the U.S.A. 'Saves' the game in college basketball - Prisma
With Chelsea aiming to overhaul their defence, there has been a lot of talk about them recruiting West Ham‘s Declan Rice.

However, the Blues might just have been priced out of a move for the England international, and as a result they’re turning their attention to Jose Gimenez, according to the Daily Star.

The Atletico Madrid and Uruguay centre-back, 25, is estimated to cost in the region of £60 million.

Man City, meanwhile, are set to continue their spending spree.

Pep Guardiola’s side announced the signings of Nathan Ake and Ferran Torres this week, but are already looking to add as many as four more names to their squad.

Among them are said to be Napoli centre-back Kalidou Koulibaly – a known target – as well as prolific Inter Milan forward Lautaro Martinez. That’s according to Sky Sports.

There’s also an update on Arsenal‘s pursuit of Willian, who – it’s worth nothing – shares the same agent as Coutinho…

The Gunners have offered the Chelsea winger a three-year contract, something the Blues were not prepared to do, Sky Sports have reported.

Could that clinch the deal for the north London club?

Arsenal‘s talks over signing Philippe Coutinho are now in the advanced stages, according to Sport.

Here’s our full story from earlier this week:

First of all, Man United have confirmed the exit of Alexis Sanchez.

The winger has spent the season on loan at Inter Milan, who are set to announce his permanent signing today.

Welcome to The Independent‘s live coverage of Thursday’s transfer news and rumours!

Please allow a moment for the blog to load.