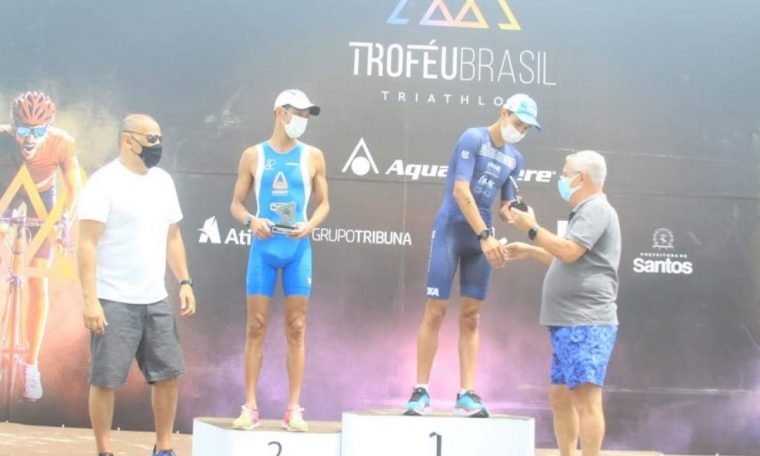 Yago Alves and Leandro Ferreira established themselves as big winners of the first leg of the Troféu Brasil de Triathlon, which reached its 30th edition this Sunday (third) in Santos. The competition, one of the most traditional in the country, attracted 700 professional and amateur athletes from 14 states.

The event consisted of a 1.5 km swim in the open sea, 40 km of cycling and a 10-kilometer run in the Olympic distance, with half the distance in the shorter amateur category. The legendary champion in the professional category was 23-year-old Yago Alves, with a time of 2:04:20 from Balneario Camboric (SC).

“In the middle of the year I went to the United States, I spent 45 days training, preparing myself and now I am back. It was one of the tests I was looking forward to the most. This is the second time When I have competed in the professional category and I am very happy to see such a top championship being held once again with this organization and security”, said Yago.

In second place, 47-year-old Leandro Ferreira got a time of 02h12min10s. He has participated in the competition since 1995 and admired the structure of the competition. “Everyone managed to follow the required protocol, the race was very organized and the timing was contributing”.

Full classification can be found here Official website of the competition .

According to the sport’s municipal secretary, Gelacio Ayres Fernandes Jr., the game’s first test program was a success. “I wonder today how these athletes have their hearts after so long without a tournament due to the pandemic. The competition was conducted in a very systematic and safe manner. I have no doubt that we have marked the resumption of sporting events in Santos for good.

Nubio de Almeida Lima, the president of NA Sports, the organizer of the event, thanked City Hall for their support and praised the athletes’ posture. “It was a challenge, rather than an imposition, to convince athletes about the importance of complying with all health regulations and safety protocols. Acceptance was excellent and the result is a safe and successful event.”

Due to the pandemic, exceptionally in 2021 the Troféu Brasil de Triathlon will have two phases – one less than the traditional phase. The second phase will also take place on December 12 in Santos.

In addition to the athletes, the event attracted the attention of families and children passing by the shore. The movement pleased the merchants and street vendors of Praia da Aparecida. “Today the movement is great. I hope there will be more such events,” said corn seller Sebastiao Lourenço dos Santos Filho.

Along with Trofeu Brasil, the first stage of the 5th Santista Triathlon Championship was also held. The competition had 50 entries in the amateur category, with places available for men and women aged 15 years and over.