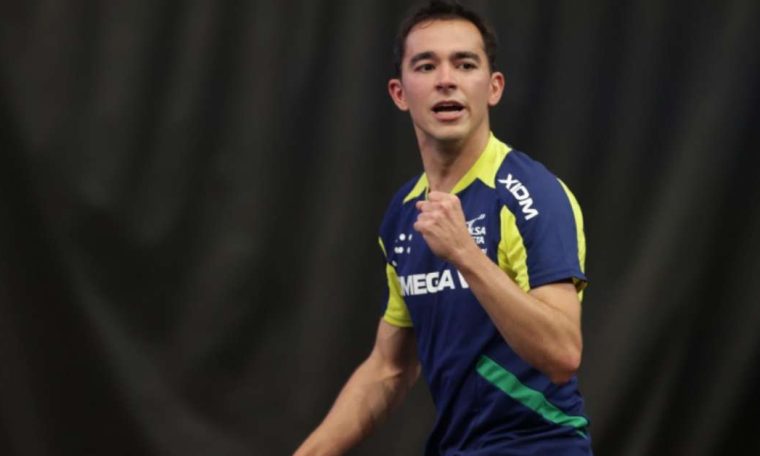 Rio de Janeiro’s 25-year-old Hugo Calderano, ranked fifth in the world table tennis rankings, will defend a long continental domination in contention for the Pan-American Championship in Lima, Peru, starting this Saturday. He has been unbeaten for more than six years in continental individual tournaments with 98% success.

– The pressure remains the same. I’ve been a favorite at events in America for many years and I think really, the fact that I’ve always won tournaments here gives me more confidence, not more pressure,” he said.

He’ll arrive packed into the Pan-American: Carioca has only won, since a historic fifth place at the Olympic Games in Tokyo-2020. The table tennis player won the unprecedented WTT Star Contender Doha title at the end of September, and a week earlier he scored five victories in the Champions League on his debut for his new club, Russia’s Fakel Gazprom Orenburg.

In addition to another opportunity to reaffirm his continental dominance, it will be Hugo’s last competition before the Pan-American World Singles and Doubles Championships, which will be played in Houston, USA, from the 23rd to 29th of this month.

I’ll have to prepare a little differently for the world, brawling Pan American, and then with a few days of training. But it is clear in my mind that I need to reach the world at its highest level, at its peak,” he completed.

The Pan-American will be played from Saturday to next Friday, the 19th, with tournaments for singles, doubles and teams. Hugo should debut in the second round of the men’s individual on the first day of competition.