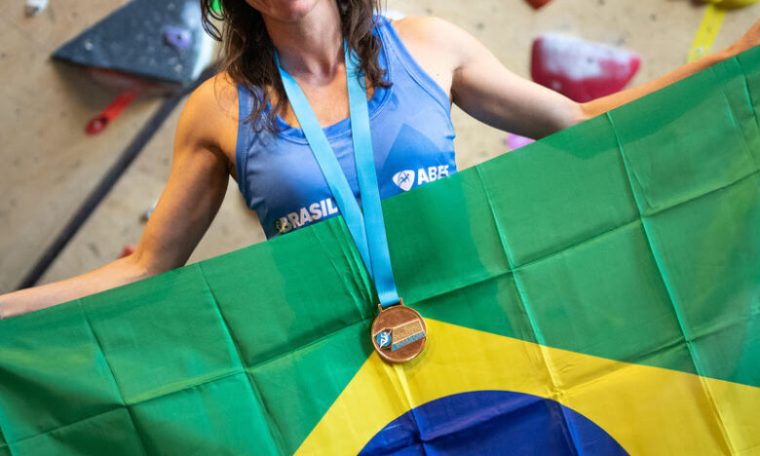 Professor Marina Dias at the Institute of Science and Technology (ICT) at the Federal University of So Paulo (UNIFESP), So José dos Campos (SP) campus took first place in the Paraclimbing World Cup held in Salt Lake City (Utah). ) / USA) on May 24 and 25. Marina is the first Brazilian woman to participate in an international competition in the sport.

Athletes representing Brazil in the competition were selected by the Brazilian Association of Sport Climbing (ABEE). Marina was a two-time Brazilian paraclimbing champion in 2020 and 2021 and managed to obtain part of the resources to cover travel expenses through a grant from the city of Valle, Programa de Amparo o Desporto Amador de Taubate (SP). Paraiba where she lives. Thus, she was invited to participate in the competition in the USA.

Marina has multiple sclerosis and wants to play sports often to stay active and prevent the disease from progressing. With a strength compromise on the left side of his body, he qualified for the competition in the RP3 category.

The Unifesp researcher says she was a fan of running before she started climbing. For a time he maintained the ICT Running Group, with students and servers training near campus in the late afternoon. “After a while, I started having severe pain while running and went looking for other sports. I saw the climb and it was love at first sight”, says Marina.

She trains every day of the week after work. While preparing for the competition, he alternated between strength and flexibility training at home and climbing training at the gym. “Sometimes I used to get on the train at 8 pm or at 9 pm when work took a long time. Workouts are my escape valve, they’re my way to manage my day-to-day stress and unwind after a hard day”, reveals Marina.

In the Grand Final of the International Competition, the ICT teacher competed with representatives from the Netherlands, the United States, Slovenia and Germany. She was the only Latin American representative in the competition. Along with the gold medal, Marina achieved the best climbing result in international competitions in the history of Brazil. “It was an amazing experience, I’m so honored. There were times I felt like I didn’t deserve to be there. After all, I’m a teacher and amateur athlete, but I think the message is that we are all places.” We can and should. With dedication, focus and perseverance we can rise to the top even when we are going through tough times”, highlighted the champion.