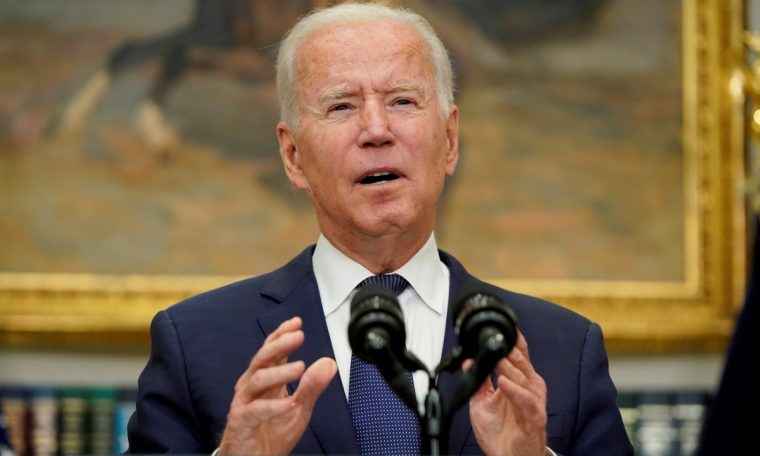 The Democratic-controlled US House of Representatives on Tuesday (24) voted to advance key parts of President Joe Biden’s agenda, after moderates and progressives reached an agreement that would allow them to advance trillion-dollar plans. will allow.

Party-line votes 220-212 approved a $3.5 trillion budget structure to advance plans to expand childcare and other social programs. Lawmakers agreed to vote on the $1 trillion Senate-approved infrastructure project by Sept. 27.

House Speaker Nancy Pelosi also said the House would work with the Senate to work out the details of a massive $3.5 trillion budget.

Biden’s Democratic supporters have little room for error in trying to pass two big spending initiatives in the House and Senate, with the party holding a minimal majority.

“It’s always exciting to see an infrastructure law passed for what it means in terms of jobs and commerce in our country,” Pelosi said. “Now, more than ever, it should also be part of protecting the environment.”

Pelosi hopes to quickly approve the draft, allowing him to begin filling out details of a package that will increase spending on day care, education and other social programs and raise taxes on the wealthy and businesses.

But center Democrats, led by Representative Josh Gottheimer, objected, saying the House should first pass the infrastructure bill, which has already been backed by Republicans and Democrats in the Senate.

Liberals, including Representative Alexandria Ocasio-Cortez, said they would not support a smaller package without a larger package for fear of loss of momentum.

Pelosi said the House would work with the Senate on the details of the draft budget, which Senate Democrats plan to pass using a maneuver that bypasses normal House rules, requiring 60 of the 100 senators to pass most of the bill. It is necessary to agree to.

House Republican leader Kevin McCarthy has criticized Pelosi and other Democrats for working on a deal to secure Biden’s household spending priorities and vote on the text without dealing with the crisis in Afghanistan.

“Maybe in your caucus you think it’s a big day for you and the Democrats,” McCarthy said. “It’s an embarrassing day for America, an embarrassment to have this full season and it’s a shame that you carry on with this.”