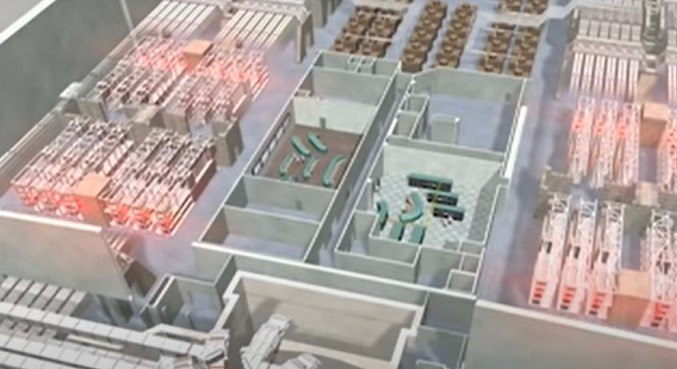 A US public laboratory on Tuesday (17) celebrated a “historic progress” after producing more energy than ever before through nuclear fusion, sparking enthusiasm from scientists around the world.

The experiment, conducted on August 8 at the National Ignition Facility (NIF) in California, “was made possible by the concentration of laser light,” at no less than 192 “on a target the size of a hunting bullet,” explains. an announcement.

Its effect was to “create a hot spot the diameter of a strand of hair, generating more than 10 trillion watts per fusion of over 100 trillionths of a second”.

Nuclear fusion is considered the energy of the future by its proponents, especially because it produces little waste and is no greenhouse gas.

It differs from fission, a technique currently used in nuclear power plants, which involves breaking the links of heavy atomic nuclei to release energy.

Fusion is the opposite process: two lighter atomic nuclei “marry” to form a heavier one. In this case, two isotopes (nuclear variations) of hydrogen give rise to helium.

This is a process occurring in stars including our Sun.

According to the statement, “this progress puts the researchers very close to the ignition threshold”, that is, the moment when the energy produced exceeds the energy used to excite the reaction.

Preparations are already underway to repeat the experiment, which will take “several months,” the statement said, specifying that more detailed information will be published in a scientific journal.

“This result is a landmark advance for inertial confinement fusion research,” said Kim Budil, director of the Lawrence Livermore National Laboratory, in which the NIF reports.

“The NIF teams have done an extraordinary job,” commented Professor Steven Rose, co-director of the Research Center in this area at Imperial College London University. “This is the most significant advance in inertial fusion since its inception in 1972.”

“Turning this concept into a renewable energy source will be a long process and will address significant technical challenges,” said Jeremy Chittenden, co-director of the same center in London.

In France, the international Project Iter also aims to regulate energy production from the fusion of hydrogen. The assembly of the reactor began a year earlier in the department of Bouches-du-Rone.