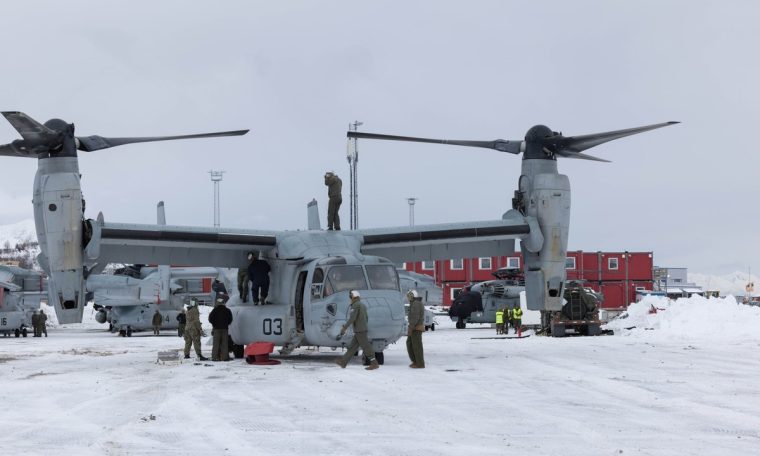 Authorities in the Scandinavian country say a US military plane carrying four people has crashed in northern Norway.

According to a statement from Norwegian Rescue Services (HRS), the US Osprey aircraft “was reported missing at 8:26 a.m. (2:26 a.m. ET).”

The local newspaper “Nordly” reported that the plane was a V-22 Osprey model and had disappeared a few kilometers south of Bodo, 1,000 km from Oslo.

The newspaper “Ranablad” reports that a rescue team has been called and is searching for survivors, but reports that the weather conditions are unfavourable.

Troops from the US and other countries that make up the North Atlantic Treaty Organization (NATO) began major military exercises in Norway this Monday (14th).

The long-planned exercise “Cold Response 2022” brought together 30,000 troops and is intended to test a country’s ability to receive external reinforcements in the event of aggression against a third country (NATO’s Article 5 Provides military response for countries that are part of the alliance).

However, the exercise takes place in the context of the crisis between Western countries and Russia following the invasion of Ukraine.

Commenting on the start of the maneuver, the Norwegian Command’s head of operations, General Yngve Odlo, said, “It is a defensive exercise.”

“This is not a military operation with an offensive purpose,” he said in an interview with TV2.

Held every two years, these sea, air, amphibious and land maneuvers are performed over large areas of Norwegian territory beyond the Arctic Circle.

Its embassy in Oslo said last week that “strengthening NATO’s military capabilities near Russia’s borders does not contribute to strengthening the security of the region.”

The Russians “mobilized surveillance capabilities in a completely legitimate way” of the maneuver and “I really hope they respect the agreements in force”, General Odlow said.