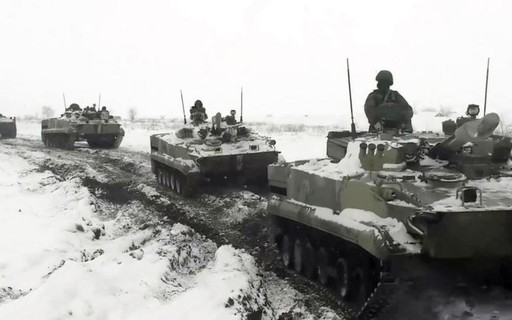 US Secretary of State Antony Blinken said there was no evidence yet that Russia had withdrawn troops from the border with Ukraine. He said the United States has yet to see a “final decision” from President Vladimir Putin on the Russian attack, but Americans know they have allocated the capacity to act potentially soon. An attack “could happen at any moment”, he said, but also stressed that his country was looking for a diplomatic route.

Blinken said there have been some positive developments on the diplomatic front in recent days, but stressed that the US “focuses less on what Russia says and more on what it does”. There is also no indication that the country is ending military exercises, he said. According to the official, if the Russians back down, “it will be positive, I think it will create a better environment, a better environment to pursue diplomacy.”

In any case, Blinken insists that the Joe Biden administration is ready to go either way for diplomacy or sanctions. “At the same time, if they choose the path of aggression, we are ready to respond to that too,” he said. He also said again that if Russia did attack Ukraine, there would be “massive consequences” not only from the US, but also from its allies such as the European Union, the North Atlantic Treaty Organization (NATO) and the G-7.