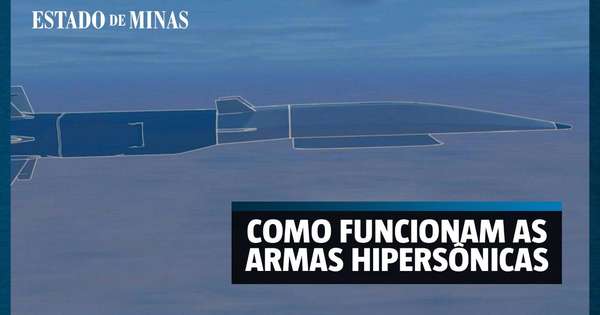 The United Kingdom, the United States and Australia announced on Tuesday (5/4) that they will jointly develop hypersonic weapons as part of the AUKUS security agreement designed to counter China’s influence in the Asia-Pacific region . “We resolve today to launch new trilateral cooperation on hypersonic, antihypersonic and electronic warfare,” US President Joe Biden and British Prime Minister Boris Johnson and Australian Prime Minister Scott Morrison announced at a press conference. joint statement.

They also decided to “enhance information exchanges and deepen cooperation in defense innovation”.

Hypersonic missiles, which can reach or exceed five times the speed of sound, are faster and more efficient than standard missiles, making them more difficult to intercept.

In October 2021, the United States successfully tested this technology, which has already been used by Russia and China.

In March, Russia claimed use of hypersonic missiles in Ukraine, which would be the first known, battle-ready use of the system, first tested in 2018.

The United States, the United Kingdom and Australia closed a strategic union for the Indo-Pacific region called AUKUS in September 2021.

The alliance provides for the delivery of nuclear powered submarines to Australia. The three countries said this Tuesday that they were “happy” with progress in this area.