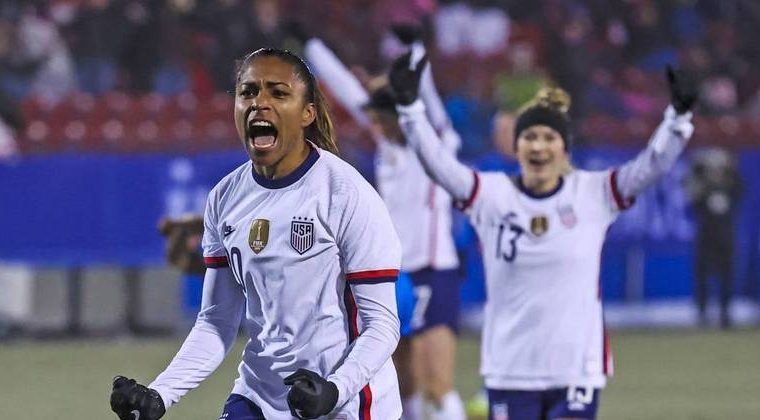 After a conflict since 2019, the US women’s football team and the US football federation have finally reached a settlement regarding the players’ claims. Now, they will receive pay and rewards similar to the values ​​prevailing in men’s football.

“We are pleased to announce that, pending negotiations of a new collective bargaining agreement, we will resolve our long-running equal pay dispute and proudly join hands to promote equality in football. will unite in a shared commitment,” US Soccer and the nation’s women’s team in a joint statement

US media reported that under the terms of the deal, players would receive a total of $24 million and a pledge from US Soccer to match the salaries of the men’s and women’s teams in all competitions, including the World Cup in the next collective. agreement

The agreement depends on the ratification of a new Collective Bargaining Agreement (CBA) between the women’s players’ union and the federation. Once a new CBA is ratified, the final acceptance of the settlement will be determined by the District Court.

Players will receive $22 million in late payments in direct compensation as part of the resolution of a long-running legal dispute that dates back to a 2016 complaint filed with the U.S. Equal Employment Opportunity Commission.

“It hasn’t been easy to reach today. Players on the US Women’s National Team have achieved unprecedented success as they work to earn equal pay for themselves and future athletes,” the joint statement said.


The rooster climbing the list: see the ranking of the greatest national champions