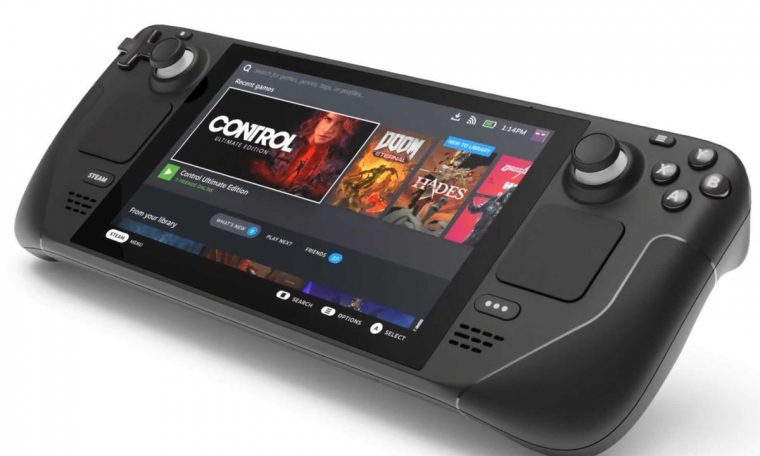 The hugely popular portable gaming console Nintendo Switch will soon have a serious competitor in Steam Desk, a console developed by Valve.

The hugely popular portable gaming console, the Nintendo Switch, will soon have a serious competitor in Steam Desk, a console developed by Valve.

The new Valve console features a 7-inch 720p touchscreen and is equipped with a gyroscope to control motion games.

The console is equipped with a Zen 2 CPU processor with 8 threads, AMD RDNA 2 graphics solution with 8 cores and 16 GB of LPDDR5 RAM. There are three storage options available: 64GB eMMC, 256GB NVMe SSD, and 512 NVME SSD.

There’s support for a memory card, 3.5mm audio output, and a USB-C port for power, HDMI, Ethernet, and data transfer. Like the Switch, the Steam Deck can be connected to a TV via the dock.

The manufacturer was pretty vague when it came to the autonomy of the console, which runs a newer version of SteamOS (based on Linux), saying only that it would take a few hours.

SteamOS will be available starting December and will cost $400, $530 or $650, depending on the storage location chosen.

The above article is for your personal information only. If you represent a media organization or company and you would like an agreement to republish our articles, please send us an email at [email protected]