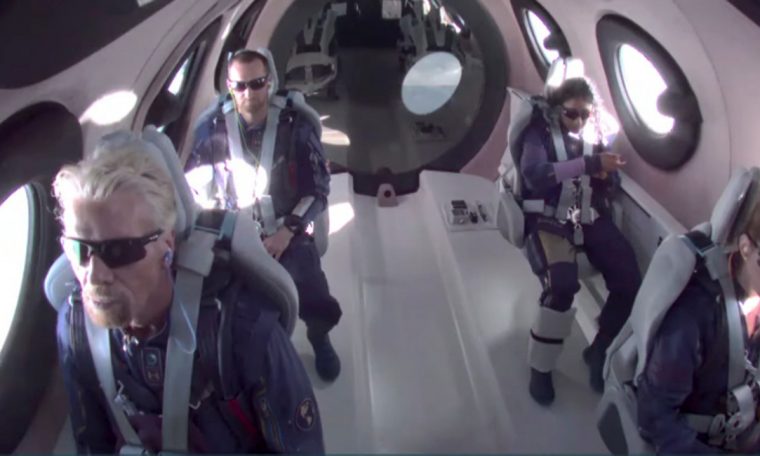 New York: The space mission was successful under the leadership of Virgin Galactic Chief Richard Branson. The six-member space flight aboard Virgin Galactic’s Rocket Play VSS unit completed its journey in an hour and returned to Earth.

The crew, which includes Indian-origin Sirisha Bandula, departed from the New Mexico Sportport America launch pad in the US at 8.10 pm IST on Sunday. Reached space at nine o’clock. The yatra, which was scheduled to start at 6.30 am IST, got delayed due to bad weather.

The team took off from the Spaceport America launch pad in New Mexico, USA. The journey was in the spacecraft of the VSS unit, Virgin Galactic. There were six people on board the space plane, including two pilots and four passengers.

Branson was accompanied by senior officials from Guntur in Andhra Pradesh Dave McKay, Michael Masucci, Beth Moses, Colin Bennett and 34-year-old Sirisha Bandula. With the success of the trip, Sirisha became the third woman of Indian origin to enter space. Kalpana Chawla and Sunita Williams are the previous winners. Richard Banson arrives at the launch pad on a bicycle to participate in a space mission.

The VSS unit was carried to an altitude of 50,000 feet by the mothership, White Knight (Eve). The unit then deviated from it and flew into space. After a minute-long flight, it returned to Earth and landed on the spaceport’s runway at 9.12 a.m.