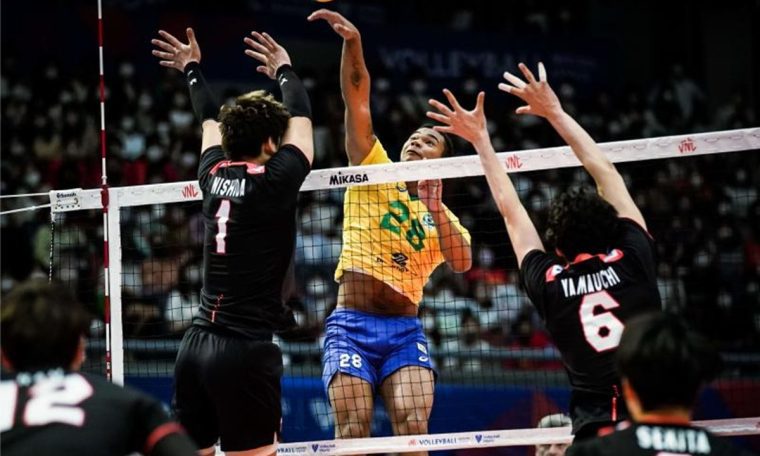 The Volleyball Nations League ends this Sunday (24/7) in both women’s and men’s suits. The performances of the major participating teams gave a preview of what to expect at the World Championship, which takes place from 26 August to 11 September for men and 23 September to 15 October for women.

Most of the teams participating in this final international tournament will also appear in one of the main championships of the game.

Italy rose to the highest position on the podium in the League of Nations on the women’s side and there is no doubt that it is one of the favorites to win the World Cup. The selection, which stars opposite Paola Agonu as the main player, comes packed and faces famous rivals in their quest for another gold medal.

However, anyone who believes that this is the only team that comes out strong for the competition, is wrong. The renewal in the Brazil national team gave the team great potential to win an unprecedented title for Brazil. Outstanding performance in the League of Nations showed a team that, since the last Olympics, has grown on the court and shows it can play even more games.

Together with them, teams from Turkey, Serbia and the United States promise great confrontations and real opportunities to advance in the competition.

On the men’s side, the one who lifted the League Cup was France. The current Olympic champions, the team comes in as the favorites for the title.

The French decided to sleep with the United States, which did not give peace to the rival. At the end of the championship I call a game, both teams showed a high standard of men’s volleyball.

With the selection, Italy, Poland, Japan and Brazil join some of the nations that come to fight for the title of world champion. With teams full of stars, the only certainty is that the competition will bring spectacles on the courts.

Brazil in the World Cup

For the men, the 24 teams will be divided into six groups in the first leg to be held in Poland and Slovenia. The first two teams from each group will qualify, along with the four best third-placed teams.

Brazil are placed in Group B along with Japan, Cuba and Qatar. Puerto Rico, Ukraine, Serbia and Tunisia make up Group A. In Group C, Poland faces the United States, Mexico and Bulgaria. The next group includes France, Slovenia, Germany and Cameroon. Group E has Italy, Canada, Turkey and China fighting for positions, while Group F brings in Argentina, the Netherlands, Iran and Egypt.

For the women, the 24 participating teams will be divided into four groups of six. The top four from each bracket will advance to the next stage of the championship, which takes place in Poland and Holland.

Brazil is in Group D, which consists of the Czech Republic, China, Japan, Colombia and Argentina. Key A consists of Italy, Netherlands, Belgium, Puerto Rico, Cameroon and Kenya. Poland, Turkey, Dominican Republic, South Korea, Thailand and Croatia face each other in Group B. The last group includes the United States, Serbia, Germany, Bulgaria, Canada and Kazakhstan.

Brazil has three sub-championships, having won in 1994, 2006 and 2010. In 2014, the medal won was bronze and in the final edition of the competition in 2018, the team was eliminated in the preliminary stages.

This time, betting on the renewal of the team, coach Jose Roberto Guimaraes wants to get a surprise and a good result in his quest for the first title of world champion.

Do you want to stay on top of everything happening in the world of sports and get news directly on your cell phone? Enter the Metropole Canal Wire And don’t forget to follow us instagram,