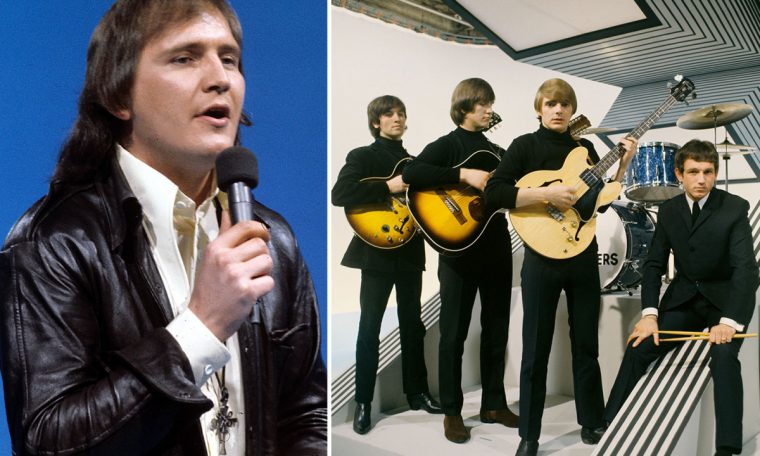 GAME of Love singer Wayne Fontana has died aged 74 with his partner by his side.

The Mindbenders musician passed away at Stepping Hill Hospital in Stockport.

A representative for his family said: “On behalf of the family of Wayne Fontana regret to announce he passed away this afternoon at Stepping Hill Hospital, Stockport.

“His long term partner was by his side. Known for his 1965 hit Game of Love. Family asks for privacy at this time.”

The musician, who was born Glyn Geoffrey Ellis, rose to fame with The Mindbenders in the 1960s.

The group – which included Wayne, Bob Lang, Ric Rothwell, and Eric Stewart – became best known for their hit The Game of Love.

After Fontana left the group in 1965, The Mindbenders recorded their biggest hit, Groovy Kind Of Love.

Wayne pursued a solo music career going on to produce the tune Pamela Pamela which came 11th in UK charts in 1967.

In the 1970s, Wayne then reunited with former bandmate Eric Stewart.

Tributes have now flooded in for the icon.

One wrote: “RIP Wayne Fontana .. such a character & still had such a great voice. Will be sadly missed on the 60s circuit.”

Another added: “So sorry to hear about the passing of great 60’s icon Wayne Fontana yesterday.He was a lovely guy and gave us some great songs”.

A third wrote on Twitter: “Very sad to hear of the death today of 60’s legend Wayne Fontana at the age of 74.”

In 2007 he appeared in court dressed as the Old Bailey’s Lady Justice – where he admitted setting fire to a debt collector’s car.