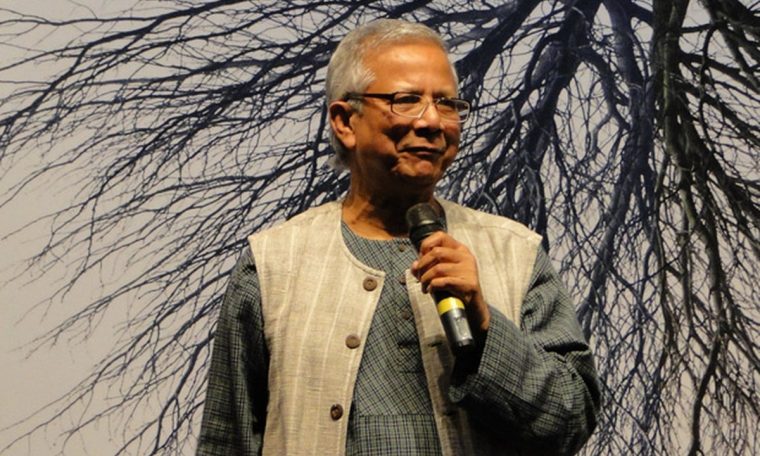 Born in Bangladesh, “Professor Yunus” was honored for the creation of “Yunus Sports Hub”, an organization that promotes social entrepreneurship associated with sports. The idea is to support self-sustainable sports projects that tackle social problems.

In addition to the institution, The Economist helped develop IOC projects with former Olympic athletes, focused on transitioning from a sporting career to a business and training leaders.

Yunus was born in 1940, is a non-practicing Muslim and studies economics in New Delhi. Later, he expanded his studies in the United States with scholarships from the Fulbright and Eisenhower Institutes. He returned to his home country in 1972 to head the Department of Economics at the University of Chittagong.

But it was social projects that became the driving force for Yunus to be awarded the Nobel Peace Prize in 2006. He was recognized for the creation of Gramin Bank, an organization specializing in providing microcredit to low-income people.

The bank was founded in 1976, and Yunus’ long-term ambition was to contribute to poverty alleviation in the world through micro-credit, which especially benefits women.

At the time of Nobel, the number of rural borrowers was 3.8 million. Each of them became shareholders of the bank and not less than 98% were women. Today, there are more than 9.3 million.

The Nobel Committee noted that “microcredit has become an important liberating force in society in which women must struggle against an oppressive social and economic environment.” Yunus came to be recognized as “the banker of the poor”.

From then until the end of 2010, Yunus maintained a public dispute with the authorities in his country over a documentary by a Norwegian broadcaster condemning the alleged illegal transfer of funds between the two entities of the rural group.

The Bangladeshi political scene was dominated by Prime Minister Sheikh Hasina and her rival Khaleda Zia, who were heirs of political dynasties. Yunus tried to open a third path by forming a party ahead of the 2008 elections, opening up divergence with established forces.

The Bangladeshi government also acknowledged that the bank had not committed the irregularities condemned by the documentary, based on the findings of an expert committee appointed in January to investigate its activities. But Yunus resigned from his role as the executive director of Grameen in 2011.

Tokyo Olympics will be inaugurated this Friday (23)

Olympic laurels began to be awarded after the Rio 2016 Olympic Games. The first recipient of the IOC was former Kenyan athlete Kip Keino, who won two gold medals in middle and long distance athletics at the Mexico City Games (1968) and Munich (1972).

After leaving Athletics, Kino opened three social projects. The oldest, created soon after his retirement in 1973, cares for over 100 orphans in Kenya. In 1999, Kip Keino School was inaugurated to offer study and sports activities to over 300 children from a different region in the country.

Finally, in 2002, Keino opened High Performance Training to welcome promising athletes from Kenya. Keino was also the President of the Kenya Olympic Committee.