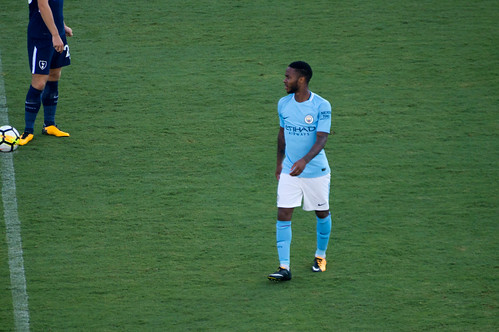 A move away from the Etihad had been discussed for some time but it surprised many observers when Raheem Sterling made the switch from Manchester City to Chelsea. It should be a good move for the player who can continue his career with one of the most glamorous outfits in world football but what about his former club?

City will argue that they have enough cover within their existing squad. The arrival of summer signings will give the team a boost and the acquisition of Erling Haaland fills a need for a prolific striker.

The club will continue to challenge for major trophies but very few sides could cope with the departure of such a useful player.

Manchester City now waves goodbye to a player who has been with them since joining from Liverpool in 2015. In seven years at the club, Raheem Sterling has won four Premier League titles, and five EFL Cup Medals and he’s also lifted the FA Cup.

As an attacking winger, he has an exceptional record in front of a goal. Sterling departs after scoring 131 goals in 339 games for City across all competitions. His record for assists is equally exceptional and Pep Guardiola must fill those gaps if his club is to challenge for major honours in 2022/23.

Manchester City made a successful defence of their Premier League title in 2021/22 and the majority of clubs would have been satisfied with that outcome. However, fans would have been disappointed to see their team fall short in the EFL Cup, FA Cup, and Champions League.

See also  With two trophies in the year, Medina enters the top 10 of the biggest surfing winners - Sports

City will be targeting all four competitions next season and they are getting plenty of support from independent sources. SBO.net list a comprehensive selection of the top, safe betting sites around the world, and they all list Manchester City as favourites for the three English domestic trophies.

In the Champions League, the market is much tighter with Bayern Munich, Barcelona, and Real Madrid among those coming into the picture.

As and when those competitions get underway, the markets will move to the live sections of each sportsbook and the odds will constantly be updated. Sbo.net will advise its readers on updates to pricing while publishing any relevant news stories and opinion articles.

There is a lot of knowledge available and, if visitors want to put things to the test, it’s possible to get directly involved with the markets. Each sports betting site mentioned on those pages is set up to take on new customers.

Registration is subject to eligibility and a fast and secure sign-up form. Once the process is complete, there are welcome promotions published in most places. Players will need to add funds in order to cover opening bets and there are many deposit and withdrawal options in place that can help with that.

Other benefits to look forward to including effective customer service while it’s also possible to access other sports plus mobile apps and a host of live markets.

It can make sense to follow the site throughout the football season but how much will Raheem Sterling’s departure hurt Manchester City?

Stepping up to Cover

In terms of goal scoring, all eyes will be on Erling Haaland. The Norwegian striker was one of the hottest properties in world football and his prolific scoring record means that he has averaged close to a goal a game in the Bundesliga.

Having missed out on Harry Kane’s signature in the summer of 2021, Manchester City played the whole of last season without a recognised centre forward yet they still won the Premier League. That’s an incredible statistic and, in regards to goals, Haaland should provide adequate cover for Raheem Sterling.

The issue could potentially come with the supply to the main striker. Sterling is a great passer and crosser of the ball and this is where Manchester City may just struggle to replace him. The club has made new signings, alongside Erling Haaland, but none can be seen as a direct replacement for Raheem Sterling.

Perhaps Jack Grealish will see more game time next season or maybe Manchester City will go back into the transfer market but the gap will need to be filled.