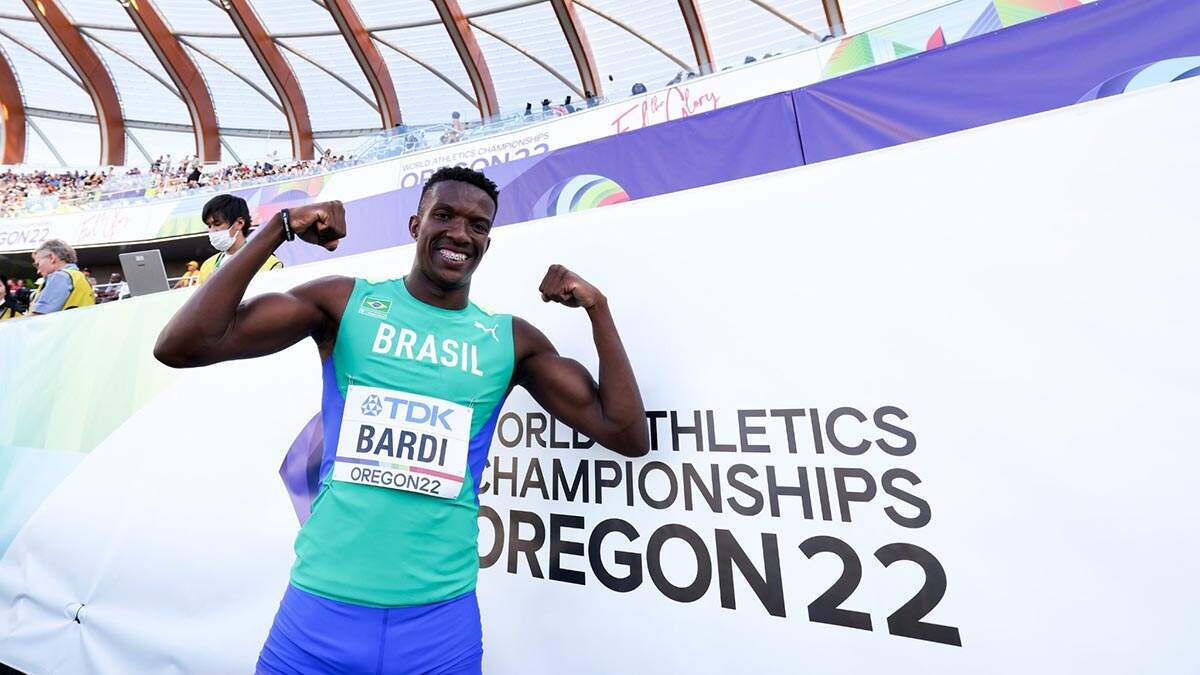 The Brazilian quartet formed by Americans Felipe Birdi, Rodrigo Nascimento, Eric Cardoso and Derrick de Souza reached the final of the 4x100m relay at the Oregon World Athletics Championships in the United States this Friday (22).

In a qualifying dispute, on Friday night (Brasilia time), Brazil began the season with Rodrigo, followed by Birdie, Derrick and Erik, scoring 38s41. The result left the team fifth in the heat and sixth in the general classification.

“There is always opportunity for improvement. Our aim was to reach the final, now we have to correct some mistakes so that we, by God’s will, can reach this medal”, in an interview with SportTV, shortly after the race Bardi commented.

The lead in the qualifiers went to the United States team, which runs home and is the big favorite for the gold medal.

The final of the 4×100 meters relay is scheduled for this Saturday night, at 11:50 PM Brazil time. In addition to the hosts and the Brazilian, teams from France, Canada, South Africa, Jamaica, the United Kingdom and Ghana will be in the judging.