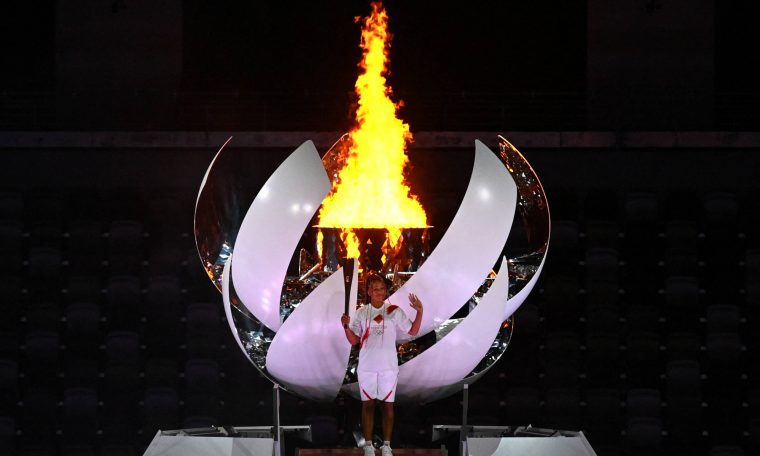 The opening ceremony of the Tokyo Olympic Games was held this Friday. The event began with images recounting the trajectory of the Japanese capital to host the competition from 2013, when it was selected to date, including the 2016 Rio de Janeiro Games.

Then, there was mention of athletes trying to reach the Olympics despite the COVID pandemic. Videos of actors representing home training and different modalities were shown. A section representing the effort of an athlete’s body and how they had to adapt during the pandemic was presented.

Later, a performance was held celebrating the traditional and cultural elements of Japan. Dancers dress up as volunteer firefighters, a centuries-old tradition in the Asian country. Later, five Olympic rings were presented, representing the five continents, illuminated by lanterns, another ancient element of Japanese culture.

After this the entry of the delegation began. Traditionally, the Greek delegation was the first to enter the Olympic Stadium. Later, the order was followed according to the Japanese alphabet. Brazil was the 151st to perform as flag bearers of Bruninho and Caitlin Quadros. France and Japan, the hosts of the Games in 2024, ended the parade of nations.

Continuing the ceremony, the athletes took an oath to adhere to the Olympic objectives and compete clean and fair. Then a section celebrated the diversity and inclusion of the Tokyo Games. The drone symbolizing the Tokyo Olympics and a terrestrial one in the sky, accompanied by the soundtrack is “Imagine” by John Lennon.

Then International Olympic Committee (IOC) President Thomas Bach and Japanese Olympic Committee President Seiko Hashimoto delivered speeches, and Emperor Naruhito of Japan declared the Olympics officially open. Then the Olympic flag was hoisted and thousands of origami were dropped throughout the stadium. A video presented the symbols for each modality in the pictograms.

In the end, the Olympic flame was carried and rotated by Japanese health professionals and athletes, until it reached Naomi Osaka. The tennis player lit up the Olympic Pira, ending the opening ceremony and officially starting the Tokyo Games.