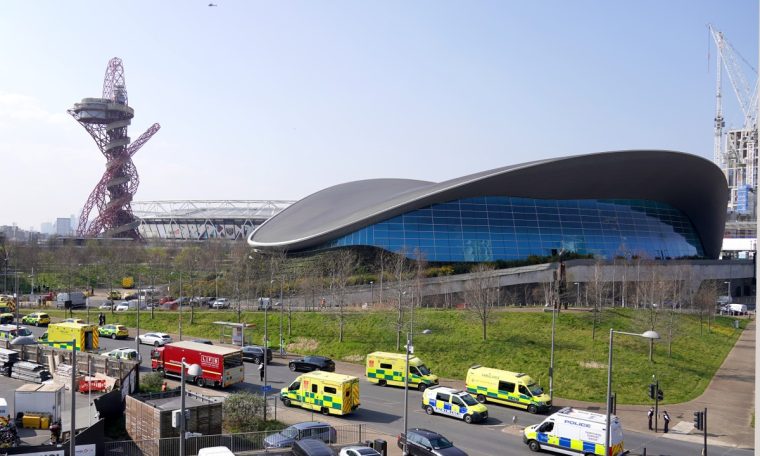 About 29 people were hospitalized this Wednesday due to a chlorine gas leak in the swimming pool used at the 2012 Olympic Games(ING) in London. The information was given by emergency services to “Reuters”.

According to the fire department, about 200 people were evacuated from Queen Elizabeth Olympic Park. The corporation recommends that people in the neighborhood keep doors and windows closed.

“The chemical reaction resulted in the release of a large amount of chlorine gas,” the London Fire Brigade said in a statement.

A man was pulled from the scene, escorted by firefighters – Photo: Getty Images

The London Legacy Development Corporation (LLDC), the company responsible for managing the park, said the area was immediately closed. 13 ambulances were sent to the spot. In all, 29 patients were taken to hospital, and 48 were treated at the scene.

The company said, ‘Most people were having trouble breathing.

A man was pulled from a stretcher by doctors (Photo: Getty Images)