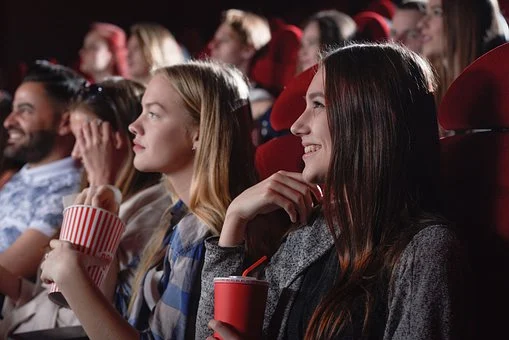 Locke and Keys is one of the best American fantasy horror mind-blowing series that will take you through a magical world. Indeed, it’s a typical mysterious piece that leaves on with an adventurous spirit. The movie involves a story of three siblings on espionage to discover how their father died.

The movie has an inspiring storyline with relatable characters and is easy to follow. It’s no doubt that the series will become a renowned family drama in the future.

If you are looking for a teenage love drama movie, consider this film. The movie revolves around a love triangle between John Ambrose and Peter Kavinsky. The lady in the center of it all is Lara Jean. Peter Kaminsky is the first boyfriend of Lara Jean, but their love is embroiled by the insecurities of Peter’s affection for his Ex-girlfriend Gen.

When all those love insecurities unfold, Lara develops friendship with her companion John Ambrose. Their friendship grows until Ambrose starts to develop feelings for Lara. At some point, Peter becomes jealous when he spots Lara and John together. Whom do you think Lara will end up with since both men are fighting for her? Don’t miss this on Netflix.

Thanks to Netflix, the movie show is for anyone who loves a good mixture of everything; drama, sports, mental issues, etc. Again, the characters portray a great deal of competence.

Everything seems open and honest, especially to those who suffer from bipolar syndrome disorder, which is not common in most films.

The movie revolves around Kat Baker, a young ice skater whose career seems to hit a dead end when she suffers from a life-threatening accident. Despite the pain of dealing with her severe injury, she has to conceal the fate of her family, which is suffering from a mental illness. Unfortunately, revealing the secret would disentangle her dear life.

At one point, a fight breaks out between Kat and her mother, which again leaves her separated from Serena, her sister, who also participates in ice skating.

When Kat’s dream seems lost, she gets an opportunity to partner pair skating with Justin who is a notorious wealthy skater. Before Kat and Justin integrate, they face problems such as financial sacrifice, body and soul injuries that threaten to break their professional relationship. However, in the end, they reconcile, but a drama unfolds when Serena is sexually harassed by Mitch (her coach).

Traveling adventure is everybody’s dream, as depicted by Phil Rosenthal who loves culinary adventures, which leads him to visit all the best food destinations.

Phil seems to have his own world; he is so curious about different cultures and the food they serve. You can’t help but fall in love with this self-centered man who enjoys traveling to many cities, like Cape Town, Bangkok, Mexico City, New York, and Montreal, to taste a variety of food and delicacies.

The movie has 5 seasons, with each episode in those seasons representing a city Phil has visited. In season three, episode 17, Rosenthal visits Montreal in Canada. He visits St-Viateur Bagel and describes the place as having incredible architecture. Phil also loves the restaurants in Montreal because of their sweet food and hospitality. If you love food and adventures, don’t miss out on Somebody feed Phil. It’s one of the fantastic food shows on Netflix Canada.

5. Single All the Way

If you have not watched Single All the Way, you are missing an electrifying and romantic movie. This Canadian movie depicts the life of Peter, who is unmarried. Every time Peter goes home, his family bothers him about when he will have a partner. Peter is gay and sets a date with his boyfriend, Tim, to visit his parents. However, before the journey, Peter divorces Tim because he finds out Tim is a married man.

Interestingly, Peter picks Nick, his roommate, and advises him to fake that they are dating. When they visit Peter’s family, Peter discovers that his family has planned his meeting with James, a spinning instructor. Here, the question is, will Peter date his family’s preferential boyfriend, James? And what about Nick, who has gained feelings for Peter?