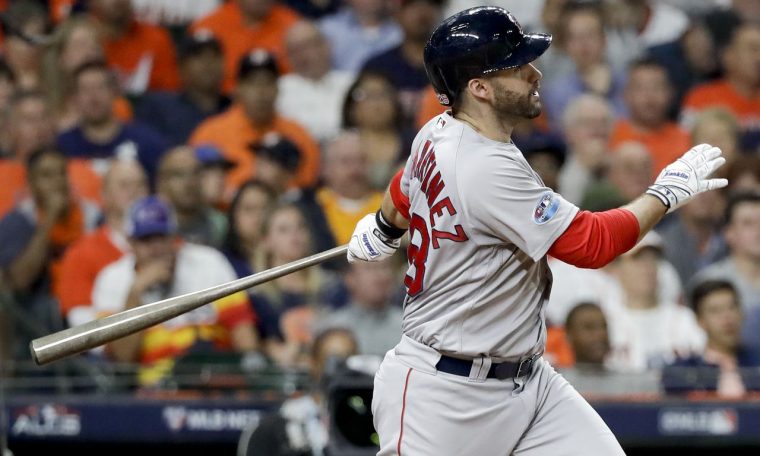 CLEVELAND, Ohio — Major League Baseball’s Aug. 31 trade deadline is fast approaching, and it is still unclear whether or not the Cleveland Indians will be looking to make a move. But what options are out there if they do?

The club’s biggest need is obvious: a consistent major league bat in the outfield that can provide some depth for an offense that has under-performed through the season’s first 30 games. However, finding a match is not as simple as one might think. There are factors beyond the club’s financial constraints to consider, including team chemistry and the futures of stars such as Francisco Lindor, Carlos Santana and Mike Clevinger.

Cleveland has organizational depth at a position that every other contending team covets — starting pitching. The ongoing situation with Clevinger and Zach Plesac could motivate the Indians’ front office to be more active in trying to find a partner and move either or both of the embattled right-handers before Monday. Will they be able to get value back in exchange for either starter, both of whom have multiple years of team control remaining?

Indians president of baseball operations Chris Antonetti says he wasn’t sure exactly what to expect ahead of this year’s trade deadline with the unique circumstances surrounding the 2020 season, but he’s found that there has already been a lot of activity among teams, and a lot of dialogue.

“Where that will lead is difficult to predict, just like it is in any year,” Antonetti said. “There is dialogue among teams. It would be impossible, though, for me to handicap the likelihood of something getting done or not.”

Below are five options that would fill Cleveland’s need for an impact bat, along with reasons why they would fit and what obstacles would need to be overcome in order to make a deal a reality.

Why Martinez would fit: The Indians originally pursued Martinez back in 2017 when Detroit sent him to Arizona at the trade deadline. Signed to a five-year free agent deal with the Red Sox before the 2018 season, Martinez hit .317 with 79 home runs and 235 RBI for Boston in the last two seasons. It probably would not cost the Indians too much in terms of future building block prospects in order to pry him away from the rebuilding Red Sox.

Obstacles: Martinez was set to make more than $23 million this season and should still be owed a little more than $4 million for the balance of this season. His deal includes player options for $19.35 million in each of the next two seasons. The danger for Cleveland would be if they acquire Martinez, they would be on the hook for all of that money if he does not opt out, which he almost certainly would not. Cleveland would need cash considerations from Boston to make the deal work.

Why Soler would fit: Last year’s American League leader in home runs has more RBI right now than any current Indians player (19) and an OPS+ of 129. He’s owed about $1.3 million of his prorated $7.3 million salary for the final month of 2020 and is eligible for arbitration at age 29 next season before becoming a free agent in 2022.

Obstacles: Soler is a below-average defender, having appeared in just seven games as an outfielder this season with a career ultimate zone rating of -11.3 according to Fangraphs.com. The Indians already have a high-strikeout, low-fielding right handed power hitter under their control in Franmil Reyes. The Royals would likely require a high-level pitching prospect for Soler’s services, and that’s the kind of move that can come back and burn the Indians for years beyond 2020.

Why Choo would fit: A free agent at year’s end, Choo hit a career-high 24 homers last season while posting his highest OPS (.826) since 2015. He played seven seasons with the Indians from 2006-12, posting a .853 OPS in 685 games. Cleveland made a blockbuster trade back in December with Texas by sending Corey Kluber to the Lone Star state, so both franchises are familiar with what pieces could be on the table. The Indians might be able to get Choo for considerably less in terms of lower-level pitching prospects.

Obstacles: Choo turned 38 back in July and is hitting just .211 with three home runs and 10 RBI in 21 games for Texas. He’s owed about $3.8 million of his prorated 2022 salary and is limited in what he can do defensively.

Why Merrifield would fit: A versatile defender who led baseball in total hits the last two seasons, Merrifield is playing on an extremely club-friendly contract that pays him $6.75 million this year and is full of incentives with a base salary of just $2 million next year. His club option could even be a bargain at $6.5 million in 2023 as it includes just a $750,000 buyout. As the Indians are well aware, you can pencil Merrifield in for just about two hits a night, and his slugging percentage has gone up in each of the past three seasons.

Obstacles: Merrifield, like Soler, plays for an AL Central rival and the Indians have traditionally stayed away from making deals within the division. The asking price would be high based on Merrifield’s contract, and Kansas City’s need for starting pitching and bullpen help.

Why Frazier would fit: The Indians drafted Frazier No. 5 overall in 2013 and he was the centerpiece of the July 2016 trade that brought Andrew Miller over from the Yankees. Blocked at both corner outfield spots in New York by Giancarlo Stanton and Aaron Judge, Frazier has shown that he can produce good power numbers when given an opportunity. The Yankees are looking for a major league starting pitcher, and the Indians happen to have a surplus.

Obstacles: Frazier missed a large part of the 2019 season with concussion symptoms, but appears to have recovered prior to the 2020 campaign.

New Indians face masks for sale: Here’s where you can buy Cleveland Indians-themed face coverings for coronavirus protection, including a single mask ($14.99) and a 3-pack ($24.99). All MLB proceeds donated to charity.

When does Triston McKenzie get his next shot for the Cleveland Indians? (podcast)

Dazzling or deceiving? Take your pick when it comes to Cleveland Indians debuts: Paul Hoynes