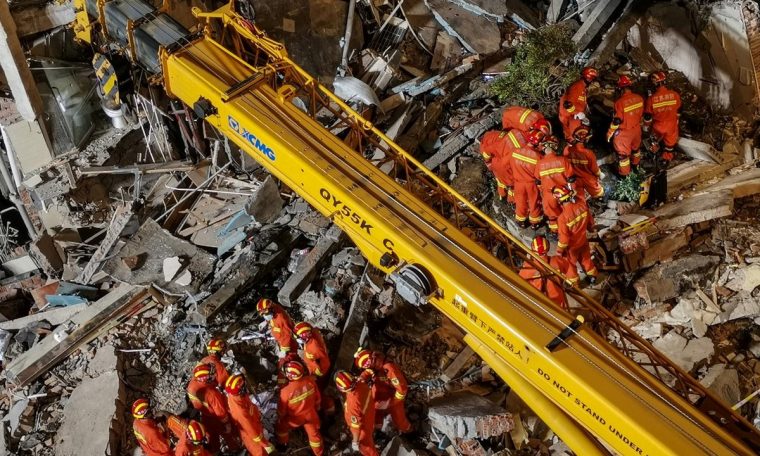 at least eight people died After a small hotel collapsed on Monday in the eastern tourist city of Suzhou. China, informed the local authorities this Tuesday (13). The number of victims is expected to rise, as nine are still missing. 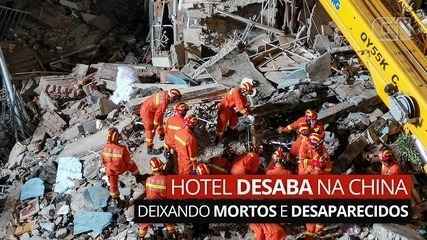 “Rescue operations are on and investigations are underway to determine the cause of the tragedy,” the city said on a social network.

Rescuers are searching for nine missing people along with 120 vehicles to remove debris and equipment to trace human presence.

According to a description on the Ctrip travel website, the Siji Kaiyuan Hotel opened in 2018 and had 54 rooms, a banquet hall and conference rooms.

Images released by the official CCTV channel showed dozens of rescue workers working at the disaster site near a mountain of rubble. Images posted on social networks showed fragments of glass scattered on the floor.

More than 500 firefighters traveled to the disaster site to conduct rescue operations.

Suzhou has a rich historical and architectural heritage, with centuries-old canals and gardens that attract many tourists. With approximately 12 million inhabitants, the city is located 80 km west of Shanghai.

Landslides and accidents in buildings are common in China, whether due to non-compliance with safety standards or as a result of corruption.

In March 2020, a hotel turned into a quarantine center for the COVID-19 pandemic collapsed in the coastal city of Quanzhou, in the east of the country. 29 people died when the building collapsed.

Below is the video of this March 2020 event. 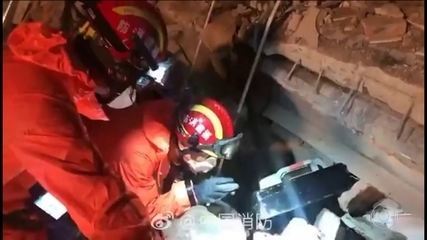 Hotel collapses in China with 70 people tested for coronavirus

during the test, Authorities found that three floors were illegally added to the building, which originally had four floors..

In 2016, at least 20 people were killed when several factory buildings housing workers collapsed in the eastern city of Wenzhou.

Most recently, in May of this year, one of the most iconic skyscrapers in the southern metropolis of Shenzhen, SEG Plaza, rocked. This created panic scenes among its occupants and the building was evacuated.