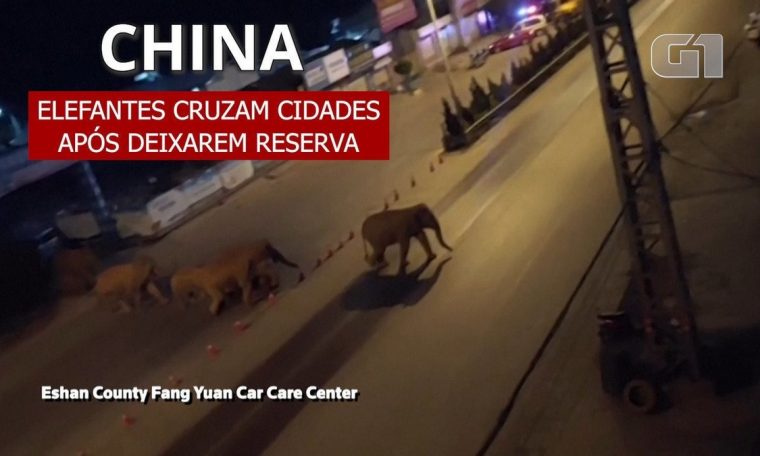 A herd of 15 wild elephants was approaching the city of Kunming, the capital of Yunnan, a province in southwestern India. China, on Wednesday (2), defying attempts to divert it after traveling several hundred kilometers through the southern forests.

According to the official Xinhua news agency, the group of Asian elephants, which includes three calves, originally lived in a nature reserve, and crossed a distance of about 500 kilometers along roads and farmland in the past three months.

According to state television CCTV, the animals were a few kilometers from the extremity of Kunming, a city of about eight million people, on Wednesday afternoon.

Although it is not clear why elephants are moving north, the Xinhua report said a decline in edible plants in forest habitats puts pressure on the animals, whose numbers have increased in Yunnan in recent decades.

Conflict may arise between villagers and elephants as they leave protected areas, enter villages and feed on crops. According to Xinhua, the elephant herd has already caused about US$1.1 million (over R$5.5 million) in damage.

Municipal governments in Yunnan, which borders Vietnam, Laos and Myanmar, have used barriers and tons of food to try to divert elephants’ paths and evacuated residential areas in recent weeks.

See also  Does your cell phone listen to your conversations to show you ads?