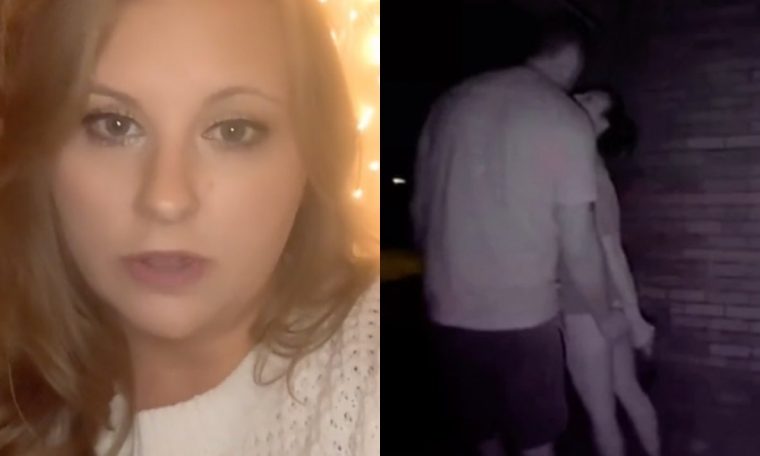 Active CSI mode everywhere! A video on Tiktok had gone viral as a woman came to know that she was being unfaithful in an unusual way. A social network user named Kylie Christina shared with her followers the details of her husband jumping the fence… and it was with a friend of his to boot! Like this!?

The American, who is a mother of two, was shocked to see pictures from the security camera which is now next to the intercom at the former couple’s residence. She published snippets on her profile, which together have been viewed more than 7 million times. “When your husband is too sick for the family trip you have planned”, Kaylee wrote. In the caption, she also added the hashtags “garbage” and “garbage” to refer to her husband.

In the post’s comments, Kylie explained that her husband thought the cameras were inefficient, as he had installed the security equipment himself. Nevertheless, according to The New York Post, the relationship ended after he was caught: “The locks have been changed and he no longer lives here”, He said.

In the pictures, the man is seen leaving the house after 10 pm and checking to see if anyone is on the road. A few seconds later, the dude is seen wearing shorts and a T-shirt and holding a car key in his hand. The two kiss goodbye and he presses her till the woman’s waist. Oh hello! Watch:

The videos were published by Kylie Christina about two months ago and quickly went viral. Now, a follower questioned the girl whether her husband tried to apologize and whether he accepted the request. “Yeah, he’s apologizing to me, but I don’t think any apology will be good enough. I don’t think I’ll ever be at the point where I can be like, ‘It’s okay,’ because it Wasn’t right.”, he came out. check out:

The New York Post tried to contact the girl to find out if the former had an affair with his mistress, but could not get back. The publication also noted that Kylie changed the description of her biography on TikTok to “Loves to Take Out Trash”. God! Is this a reference to kicking her husband out of the house?! The question remains… but we love creativity! Ha ha ha ha