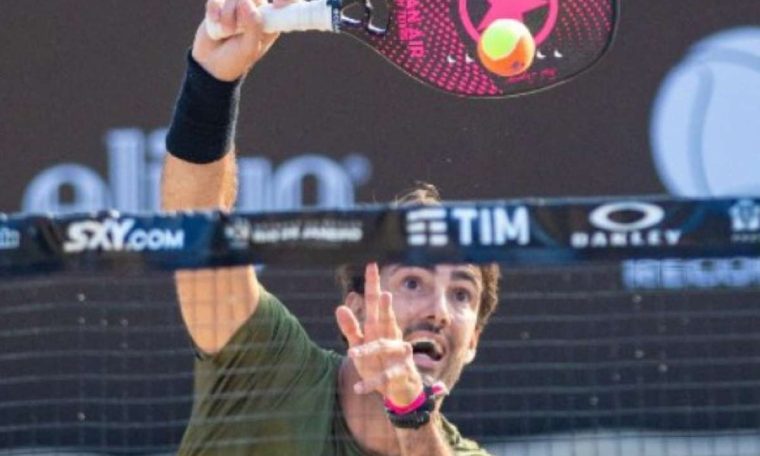 There was an absence of three years due to the pandemic. And now Follow the Beach Copacabana returns to the calendar with Aruba and Puerto Rico within the Big 3 as the world’s largest event with 2,000 athletes from across Brazil and 16 countries, distributing $300,000 in prize money.

The main names in the world are on Copacabana Beach, where they took part in the Challenge of the Stars already on Wednesday night and started the singles brawl this Thursday, preparing for the main men’s and women’s doubles events over the weekend. Impressions are the best meaning of the competition in the first days itself.

“The event is bigger than the previous edition, the VIP area for the athletes to relax and focus on the games, very nice. The first edition of 2018 has already changed the level of play, with many organizers reflecting on the basis of that tournament And it’s a year bigger, something that hasn’t been seen in the game. It undoubtedly follows the development trend of the game and will become a reference for other tournaments”, Michel Capaletti, four times The world champion said.

Best in Brazil and top 8 in the world, André Barán of Santa Catarina added about the importance of Follow the Beach Copacabana. He finished runner-up in the 2019 edition: “I could see an absurd development, among many newcomers to tennis, enthusiastic amateurs, people for the first time in championships, from all over Brazil, from north to south. The sport has grown up, it has reached all parts of Brazil.”, pointed to the athlete who sees no limits to the sport’s development: “We dream of an Olympics, we dream that the United States will also embrace it because It’s a great power. No limits. It’s in the hands of the right people promoting the event because it’s being publicized here that business goes too far”

Baran’s partner in doubles and one of the season’s sensations, Theo Irigare, highlighted the importance of the event: “As always, the structure of Follow the Beach is huge, a lot of people are happy. I’m very happy with the event. am. , top organization. Increase beach tennis. After the pandemic, beach tennis has grown a lot here in Brazil and each tournament is always bigger and I think year after year it will be even bigger”, the Frenchman from Reunion Islands Said, who lives in Italy.

The world’s top 10, Ninni Valentini celebrates the great event back in the place he loves, Rio de Janeiro: “It’s always a pleasure to come to Brazil because the beach is growing, I love Rio de Janeiro and the center The court is beautiful, the beach is the most beautiful game in the world, everyone can play, it’s a family game”, said Valentini.

Rafael Moura, football’s top scorer playing in the country’s biggest fields for Corinthians, Atlético (MG), Americas (MG), Botafogo, Fluminense, Internazionale, Goiás and other clubs, is becoming a professional in beach tennis and eventing. Compare that in the Praia de Copacabana, the largest in the world of football: “A beautiful championship, if I compare it with football, be it the Champions League or the World Cup, the size of the organization, the quality, the customer, the public, the professional, Alessandro Calbuci And amazing organization presence”, said the athlete who lost in singles qualifiers and still has to make it to the main draw in doubles quali contention.

Alessandro Calbuci, five-time world champion and event ambassador, said: “In 2018 and 2019, the Follow de Copacabana changed the level of beach tennis, we achieved considerable growth in recent years and now this competition with two thousand athletes and It has also become grand. Following the trend that the game is going on. We are very happy and committed and want to grow the game.”

Location: Copacabana Beach – Posts 2 and 3. in between

Admission is free to the public until capacity is full.

Broadcast – Central Court Games are broadcast via the R7.com portal and link https://bit.ly/FTBStreaming.