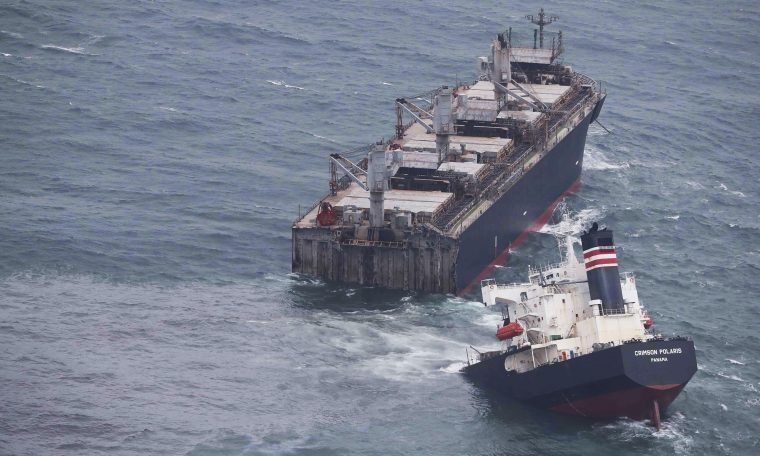 A Panama-flagged ship sank in a port in northern Japan, then broke in two and leaked oil, but no one was reported injured among the 21 crew. According to the Japanese Coast Guard, the oil spill was brought under control with no sign of reaching the shore.

The 39,910-tonne ship, dubbed “Crimson Polaris”, was carrying wood chips when it ran aground at Hachinohe Port on Wednesday morning (11).

The ship managed to escape, but could not sail away due to bad weather and ended anchorage at a distance of about 4 km from the harbour.

The ship, which was nearing the end of the voyage from Thailand, broke into two on Thursday morning (13), the Coast Guard said.

At the end of the day an oil slick 5.1 km long and about 1 km wide was visible, but containment measures were being taken by patrol boats.
A Coast Guard spokesman said the two sides of the ship had not moved and were being closely monitored by patrol boats, and that there was no major change in their position as of late afternoon.