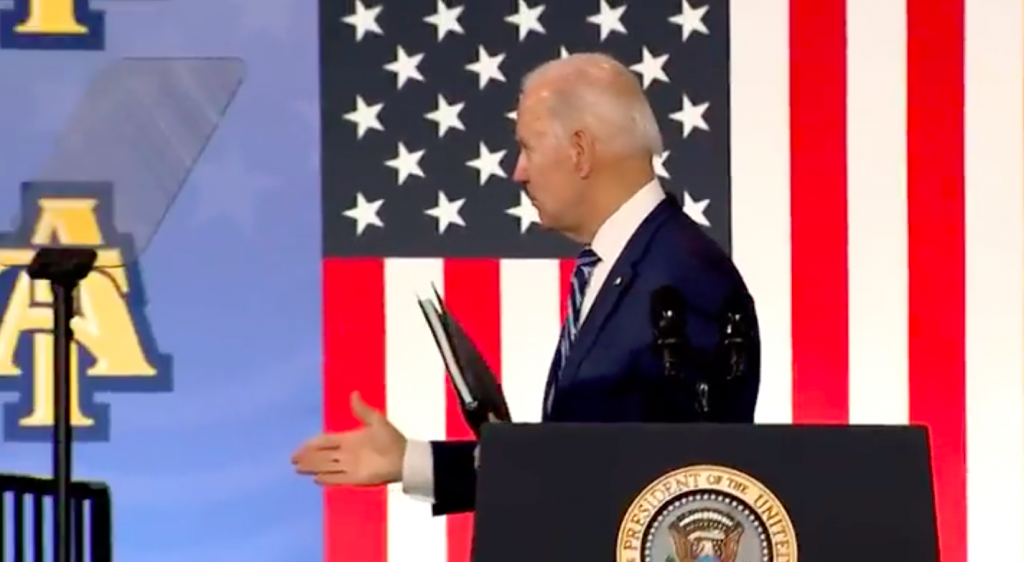 After finishing his speech in North Carolina, the president turned around and extended his hand, but no one was on stage.

President of We, Joe Biden, after ending a speech at a university in North Carolina, became a meme for ‘shaking hands with the air’ this Thursday, 14. When he finished his speech on stage, the Democrat turned around and extended his hand in greeting, but there was no one other than him. The President continued to look around confused, and then walked down the stage and spoke to the attendees at the event. The video of this episode went viral on social media. In his speech, Biden praised America’s industrial innovation and defended efforts against inflation to promote high-tech research and production. “The next ten years are going to change more things than in the past 50,” he told future engineers at North Carolina Agricultural and Technical State University. “Science and technology are advancing incredibly fast. This is all part of a broader vision of our program with Vice President Harris: rebuilding America better than it was before the pandemic,” he said.

After Biden finished his speech, he turned around and tried to shake hands out of thin air and then wandered around pic.twitter.com/ZN00TLdUUo

Our @potus Turned and tried to shake hands, virtually no one is standing there.

It is unbelievably shameful and he is leading our country!