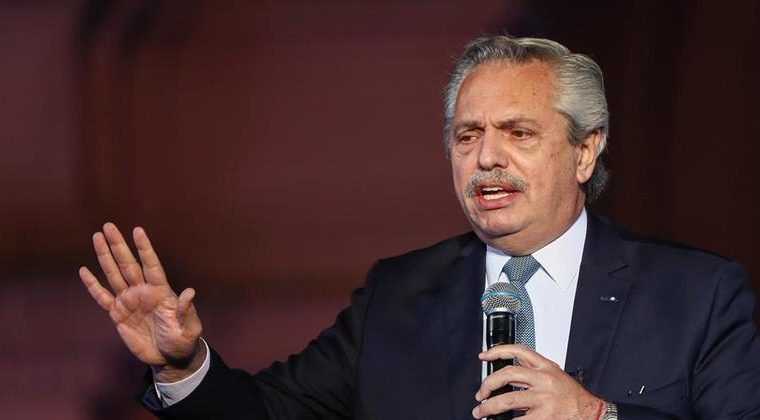 The President of Argentina, Alberto Fernández, rekindled the idea that Buenos Aires should no longer be the capital of the country, moving the post to another city to reduce the strong inequalities in regional development.

“Every day I think about whether the capital of Argentina should be in a different place than Buenos Aires, in order to generate a capital city in any country,” the president said at an event in the city of Monteros. Province North Tucumán.

“Isn’t it time for us to accept these challenges and think about doing it as a society?” Fernandez added during a cabinet meeting as part of an “alternative capitals” program, which he has since held executive meetings outside Buenos Aires at the start of his term in office.

This is not the first time the idea of ​​moving the capital from Buenos Aires to another city has come up. In 2014, opposition deputy Alberto Acef introduced a bill to move the seat of the executive in the province of Córdoba to Rio Cuerto, and the nation’s parliament and general audit in the province of Santa Fe.

Months ago, the then president of the Chamber of Deputies, the ruling Julian Dominguez – now Minister of Agriculture, Livestock and Fisheries – proposed moving the capital to Santiago del Estero.

But, without a doubt, the most talked-about initiative came in 1986, when then-president Ral Alfonsín promoted a project for the decentralization of political and economic power, which called for relocating the capital to the city of Vidma (about 800 km from Buenos Aires). Tried. Initiative that did not progress.

According to Alberto Fernández, for his government, “federalism” is not “a speech”, but “a call for the integral development of Argentina”.

“And we also know that there are inequalities. It is clear that the countryside in the center of the country has wealth that allows us to export everything we export and produce everything we produce. , but in the rest of the country there are other funds that should give us the necessary impetus that each province and place become a strong part of Argentina, that is, federalism, to think about Argentina as a whole,” he said.

The Peronist president said that with his “alternative capitals” program he had already promoted the idea of ​​”leaving Buenos Aires, going and listening, going and seeing”.

“First of all, what we have to achieve is to put in the head of every Argentine that we can make Argentina a fairer, more balanced, more equitable, that we do not condemn the inequality in which we live today, that We can reverse the situation and it is up to us”, he insisted.