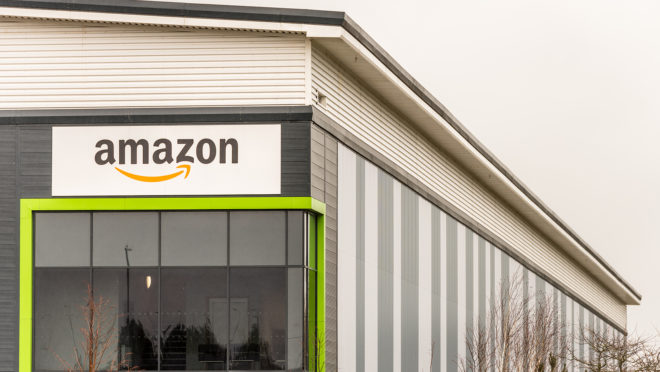 A warehouse of tech and online commerce giant Amazon destroys thousands of unsold inventory items every week, according to a report. independent television (ITV), from the United Kingdom, based on a complaint from a former employee and video images recorded inside a warehouse in Dunfermline, Scotland. The destroyed items include laptops, smart TVs, books, electronic equipment and new products such as COVID-19 protective masks.

The former Amazon employee, who asked not to be identified, told the TV channel that the warehouse workers’ weekly goal was to destroy 130,000 items. The allegation is supported by an internal memo, seen by the report, which states that in one week in April, 124,000 items were marked for being “destroyed”. In the same week, 28,000 products were classified for “charity”.

Records made secretly by the report in the warehouse show the scale of the waste. Products that have not been sold or have been returned by consumers are dumped in large containers and transported by truck for disposal to recycling centers or landfills.

The former employee said that “From Friday through Friday, our goal was typically to destroy 130,000 items a week.” About half of the products were packaged items for transportation and the other half were returned in good condition.

“I was shocked. There’s no argument about what gets destroyed: Dyson fans, vacuum cleaners, sometimes MacBooks and iPads. In a day, 20,000 COVID masks are still on the packaging,” the person told ITV. Told.

An Amazon spokesperson said in a press release that Dunfermline’s unit is responsible for products destined for destruction throughout the UK, and the landfill is also a recycling center, as shown by the report. The representative said Amazon is “working toward its goal of zero product disposal” and that the company’s priority is to “resell, donate to charitable organizations or recycle unsold products.”

“Ultimately, we ship the item for energy recovery, but we are working hard to reduce the number of times this goes to zero,” the company says.

In 2019, covert journalist found that Amazon destroyed more than 3 million products in one year in France.

ITV points out that one of the reasons why so many products are destroyed is the success of Amazon’s business model. Many sellers choose to store their goods in Amazon warehouses. But the longer the items are not sold, the more the company has to pay for their storage. There comes a time when it is cheaper to destroy goods than to pay for storage.

UK Prime Minister Boris Johnson said the investigation “seems unreliable” and “accuses a consumer society”. “If that’s what you’re talking about, find out,” he said, noting that the country has taxes and programs to prevent products from ending up in landfills. “We want to see more reuse, more recycling. And above all, people stop using things that will ultimately pollute our seas and our world,” the prime minister said.