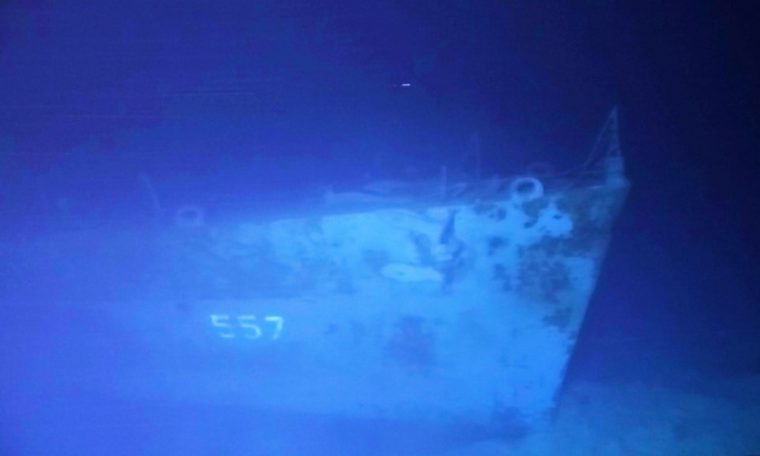 Remains of US Navy ship found in an expedition America Shipwreck during World War II, 6,500 meters deep from the sea shore PhilippinesReported a member of the team on Sunday (4).

“We took the deepest dive in history to find the remains of the USS Johnson that destroyed the ship,” said Victor Veskovo, founder of the American company Caladon Oceanic.

During the two eight-hour dive in late March, the team, Kailad Oceanic, a company specializing in underwater technology, was able to film, photograph and study the wreckage in front of Summer Island.

The 115-meter-long destroyer sank during the Battle of the Bay of Light on October 25, 1944, one of the largest naval battles in history and marked the beginning of the end for Japan.

Other explorers located it in the Philippine Sea in 2019, but most ships were out of reach of any equipment.

“We stand on the front two-thirds of the ship and are present at a depth of 6,456 meters. Three of us examined the ship on two dives and paid tribute to our brave crew,” said Veskovo.

USS Johnson’s expansion, an American ship sailed off the coast of the Philippines and photographed on March 31, 2021 – Photo: Caladon Oceanic / Via AFP

According to the US Navy archives, only 141 of the ship’s 327 crew members survived.

The bow, bridge and center section were found intact in this expedition. The number “557” was still clearly visible.

According to the expedition, two towers, torpedo reserve points and several cannon supports were also visible.

See a 2019 report on the sinking of the Titanic.

Park Stephenson, sailor and expedition historian, reported that it was possible to see the damage she had suffered during that intense battle more than 75 years ago in a shipwreck.

“He was fired from the largest battleship ever built, the Japanese Imperial Navy Yamato battleship, and went back violently,” Stephenson said.

READ  Wuhan: Kovid victims' relatives say they are silent during WHO visit