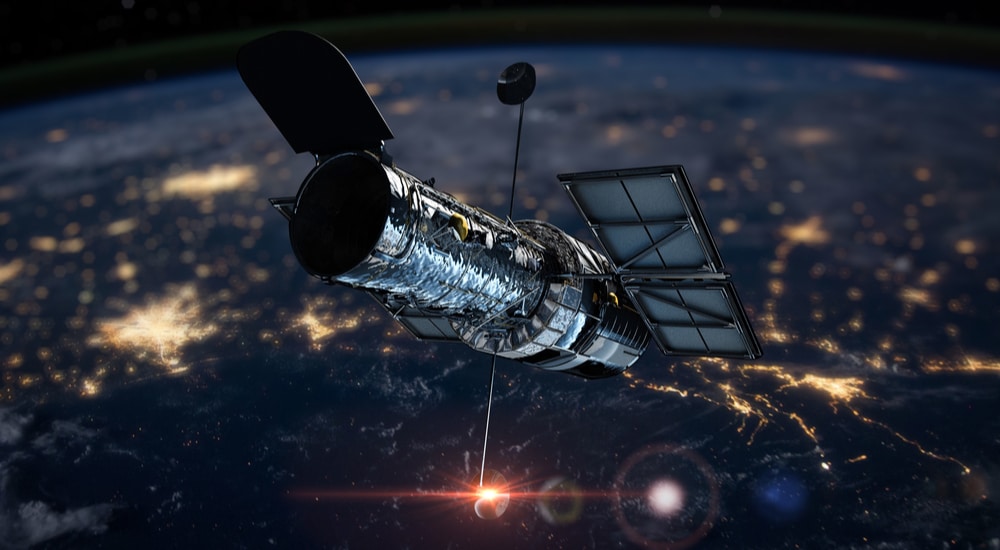 Closer to completing 32 years in activity, the Hubble Space Telescope never ceases to amaze us with its astoundingly impressive images Universe, This time, he brings us the record of what appears to be a beautiful pair of translucent wings hovering universe,

Would this be a solid proof of the existence of celestial beings like angels, archangels and cherubs flying over the vastness of space? To the dismay of many, no. But, it is still just as magical and beautiful.

These whirling “wings” are the result of a constant collision between two galaxies Far away, belongs to the VV689 system, aptly called … Angel Wings.

This system is located in the constellation of Leo, according to a statement from European Space Agency (ESA), The distinctive appearance of the wings is the result of a cataclysmic encounter between two galaxies that have been in the process of merging for billions of years.

“Unlike galaxy alignments that only appear to overlap as seen from our vantage point on Earth, the two galaxies in VV689 are in the midst of a collision,” reads the ESA statement. “Galactic contact left the VV689 system almost perfectly symmetrical, giving the appearance of a vast array of galactic plumes.”

The image is part of a citizen science project called Galaxy Zoo – a mass-source astronomy initiative involving the work of hundreds of thousands of volunteers, helping astronomers classify galaxies through data from robotic telescopes.

See also  Galaxy S10: Bug in One UI 3.1 renders phone applications useless; See how to get around this

Interesting objects discovered through both citizen science projects have been selected for further observation using Hubble’s Advanced Camera for Surveys (ACS). These targets – from ring-shaped galaxies to unusual spirals and galactic mergers – are chosen through public voting.